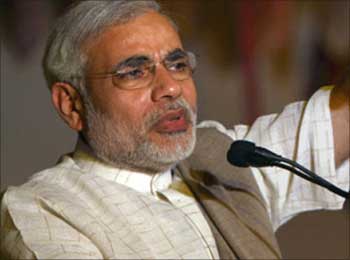 Gujarat Chief Minister Naredra Modi on Friday said he dreamt of the state emerging as an "economic powerhouse" in Asia.

"Gujarat has the potential of becoming an economic powerhouse in Asia. If Gujarat, Japan and Singapore work together, draw the map for economic development, then the day would not be far when these three could dominate Asia's economy," Modi said after inaugurating Hitachi Home & Life Sciences (India) Ltd's new air-conditioner manufacturing plant in Kadi, Mehsana on Friday.

"I believe that we have the potential of dominating the Asian economy," he said.

Modi said Gujarat is not just ahead in industrial development, but was number one in the country in terms of growth in agriculture sector. 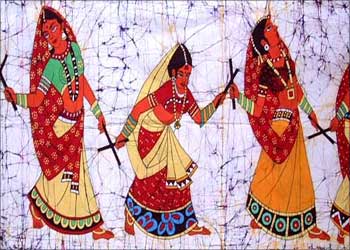 "Who could have thought that a state like Gujarat would lead the green revolution with over 10 per cent growth in agriculture sector," he asked.

Modi also saw further enhancement in relation between Japan and Gujarat through the Delhi-Mumbai Industrial corridor.

"Japanese companies have chosen Gujarat because they see ample capacity for development and peaceful labour environment in the state," Modi said.

"With the DMIC project in collaboration with the Japanese government, the entire 300 km stretch from Ambaji in North Gujarat to Umergaon in the South would be benefited," he said.

Modi said DMIC would play a vital role in the industrial development of the state.

"Within five year of DMIC being operational the scenario along the corridor would change drastically," he added. 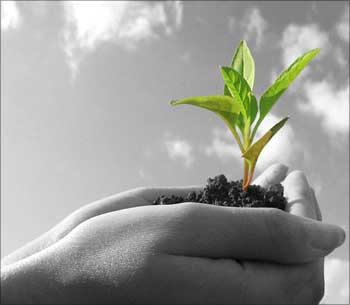 "Rains were a cause of great concern for ever body. But I have felt that God is always with me. The fresh showers across the state have come as a saviour for the farmers who were facing severe crisis," Modi said.

"We had anticipated rainfall in the last week of August so we had initiated a campaign of building bori-bands across the state in order to capture every drop of rain that falls," the chief minister said.

"The government has been working since last week with a target of building one lakh bori-bands across the state. But while the work was on at 45 thousand bori-bands, the rain god blessed us," he said.

"I hope that enough water gets stored and we would be able to get our farmers out of the crisis," Modi said. 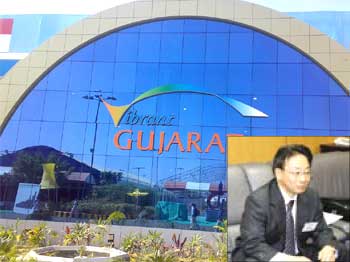 Shinichi Iizuka, managing director of Hitachi Appliances, Japan, which is the parent company of HHLI, said it was because of the support of the state government that they were able to accomplish this feat in so little time.

The facility inaugurated by Modi today has come up as part of the memorandum of understanding signed by the state government and HHLI during the Vibrant Gujarat Global Investors Summit held in January this year.