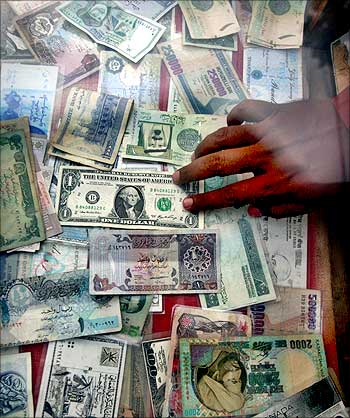 Foreign exchange reserves, often taken as a yardstick to gauge a country's financial strength, are the foreign currency deposits and bonds held by central banks or monetary authorities (it is the Reserve Bank in the case of India).

Forex reserves include a country's gold holdings and convertible foreign currencies held in its banks, including special drawing rights and exchange reserve balances, with the International Monetary Fund. Foreign exchange reserves are used to back a country's liabilities, e.g. the local currency issued and the various bank reserves deposited with the central bank, by the government or financial institutions.

India ranks 5th in the world with a foreign exchange reserves of $262 billion as of June 2009.

So let's find out which are the 10 nations with the largest foreign exchange reserves in 2009... 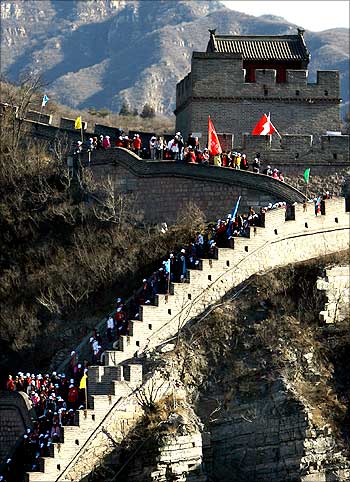 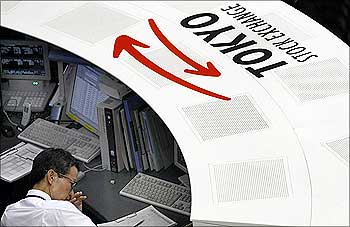 Image: A staff of the Tokyo Stock Exchange works at the centre where it monitors stock trading.
Photographs: Kim Kyung-Hoon/Reuters

Japan is the second largest economy in the world, after the United States, with about $5 trillion nominal GDP and third after the US and China in terms of purchasing power parity.

The island country's service sector accounts for three quarters of the gross domestic product. Japan ranks 12th out of 178 countries in the Ease of Doing Business Index 2008. 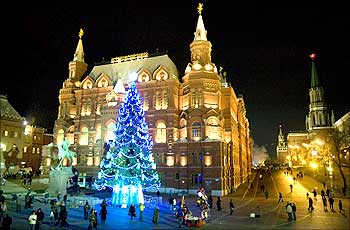 The country ended 2007 with its ninth straight year of growth, averaging 7 per cent annually since the financial crisis of 1998. 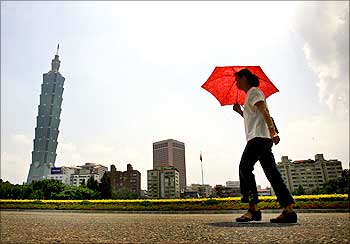 Image: A woman walks past the Taipei 101 building in Taipei.
Photographs: Nicky Loh/Reuters 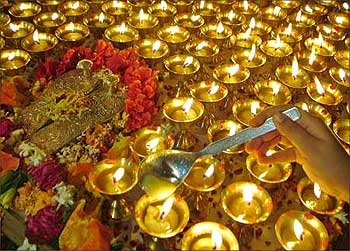 Image: A devotee lights lamps during the Navratri festival at a temple in Amritsar.
Photographs: Munish Sharma/Reuters

India is the seventh-largest country by geographical area, second-most populous country and the most populous democracy in the world.

India's economy is among the fastest growing in the world. It has the world's second largest labour force -- 516.3 million. In terms of output, the agricultural sector accounts for 28 per cent of GDP; the service and industrial sectors make up 54 per cent and 18 per cent respectively.

The International Monetary Fund recently raised India's growth forecast to 5.4 per cent for 2009 and said that the Indian economy is beginning to pull out of a recession.

The country is well connected through maritime routes, although it lacks in airports and high-quality roads. 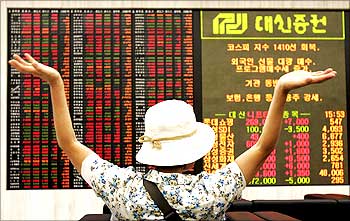 Image: An investor stretches herself as she looks at stock price index in Seoul.
Photographs: Jo Yong-Hak/Reuters

South Korea, officially the Republic of Korea, is an East Asian country, located on the southern half of the Korean Peninsula.

South Korea is a presidential republic consisting of 16 administrative divisions.

South Korea is a developed country and a full democracy. It is a high-income Organisation for Economic Co-operation and Development member, having the fourth largest economy in Asia and the 15th largest in the world.

South Korea is a leader in technologically advanced goods such as electronics, automobiles, ships, machinery, petrochemicals and robotics, headed by Samsung, LG and Hyundai-Kia.

South Korea had the world's second-fastest growing economy from 1960 to 1990. However, from 2003 to 2008, South Korea's economic growth rate slowed to fall behind the global average.

The economy slipped from the 11th largest in the world to the 15th largest. 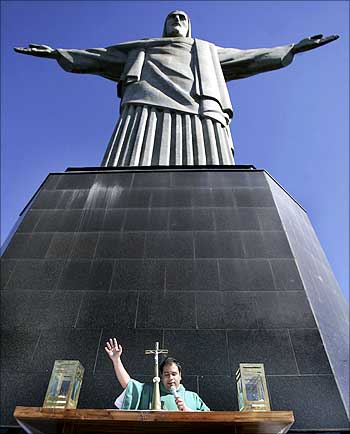 Image: A priest holds a mass at the base of the Christ the Redeemer statue in Rio de Janeiro.
Photographs: Cris Borges/Reuters 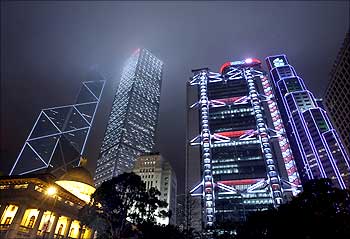 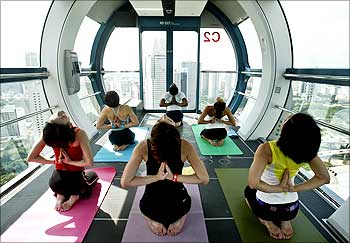 Image: People take part in a yoga class on a capsule of the Singapore Flyer observation wheel.
Photographs: Vivek Prakash/Reuters 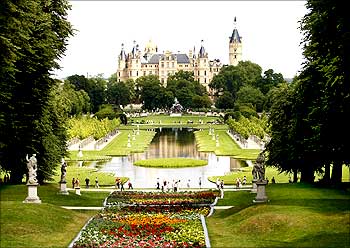 Image: An overview of the Schwerin castle and its ornamental garden.
Photographs: Christian Charisius/Reuters

The Federal Republic of Germany consists of 16 states. The capital and largest city is Berlin.

Germany is a major economic power with the world's fourth largest economy by GDP and the fifth largest in purchasing power parity.

Germany allocates the second biggest annual budget of development aid in the world.

Germany is the world's top exporter and is the leading producer of wind turbines and solar power technology in the world.

The largest annual international trade congresses are held in German cities of Hanover, Frankfurt, and Berlin.

Of the world's 500 largest stock market listed companies measured by revenue, the Fortune Global 500, 37 companies are headquartered in Germany. Some of them are: Daimler, Volkswagen, Allianz, Siemens, Deutsche Bank etc.