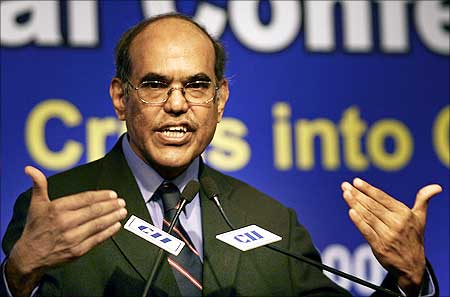 In these days of global economic crisis and innumerable pink slips, any positive news about employment comes as a welcome change. A recent employment survey by the industry body Assocham, for instance, sent out quite an optimistic signal.

According to the survey, banks emerged as biggest job-generators in the first quarter of the current fiscal with the segment increasing headcount by more than 16,000.

The APP Study on 'Headcount Expansion Activities' analysed trends of jobs announced across different sectors in first quarter of fiscal 2009-10 with total number of headcounts being 38,460.

The survey states that the diversified sector ranked 4th  employing 2,000.

Read on to know more about other big employment creating sectors. . .

The banking sector topped the chart with the highest number of job announcements at 16,200 during first quarter of 2009-10, it said in the survey on 'Headcount Expansion Activities'.

In the total job announcements during the study period, the sector's share stood at 42 per cent, the survey said. 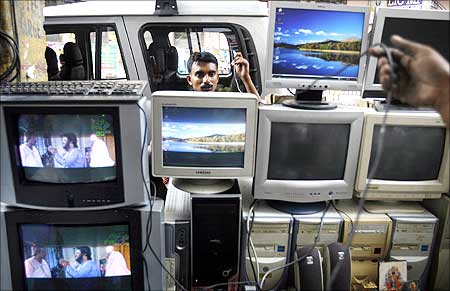 Image: A hawker checks a monitor while selling computers and television sets on a pavement in Kolkata.
Photographs: Parth Sanyal/Reuters

The top companies in IT/ITeS sector with highest number of job offerings were Wipro Technologies that announced the addition of 8,000 people by 2010 expanding to its business process outsourcing arm. It was followed by Internet products firm Directi who plans to grow its headcount to 2,000 from 500 people, within next two years.

The other firms in the sector are America-based legal process outsourcing firm CPA Global that announced to hire 1,450 in India within next two years, NetEnrich Inc (500 personnel), iGate Global Solutions Ltd (400 personnel) and Mindcrest Inc. (350 personnel) during Q1 FY '10.

According to a Nasscom-McKinsey report, annual revenue projections for India's IT industry in 2008 are $87 billion and market openings are emerging across four broad sectors, IT services, software products, IT enabled services, and e-businesses thus creating a number of opportunities for Indian companies. In addition to the export market, all of these segments have a domestic market component as well. According to figures by the Telecom Regulatory Authority of India, the overall teledensity increased to 37.94 per cent from 36.98 per cent in March.

The prominent companies hiring people for headcount expansions were Sistema Shyam Teleservices Ltd. planning to hire 4,500 people by 2010 and Aricent announced to recruit 960 human resources in the current fiscal.

The telecom network in India is the fifth largest network in the world meeting up with global standards. Presently, the Indian telecom industry is slated to contribute nearly 1 per cent of India's GDP. 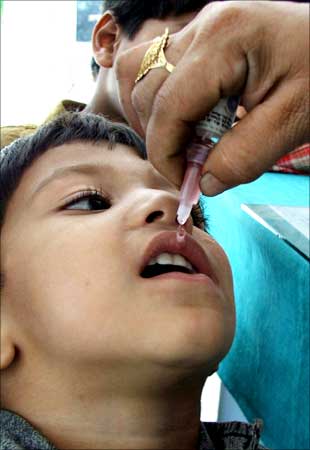 The Indian pharmaceutical industry, estimated to be worth $4.5 billion, is growing at the rate of 8 to 9 per cent annually.

It ranks very high in the third world, in terms of technology, quality and range of medicines manufactured.

From simple headache pills to sophisticated antibiotics and complex cardiac compounds, almost every type of medicine is now made indigenously.

The Indian pharmaceutical sector is highly fragmented with more than 20,000 registered units. 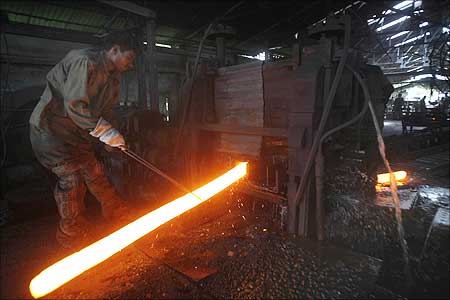 Since its independence, India has experienced steady growth in the steel industry. Both primary and secondary producers contributed their share to this phenomenal development, while these increases have pushed up the demand for finished steel at a very stable rate.

Steel industry reforms -- particularly in 1991 and 1992 -- have led to strong and sustainable growth in India's steel industry.

Further, the steel production capacity of the country has increased rapidly since 1991 -- in 2008, India produced nearly 46.575 million tones of finished steels and 4.393 million tones of pig iron. 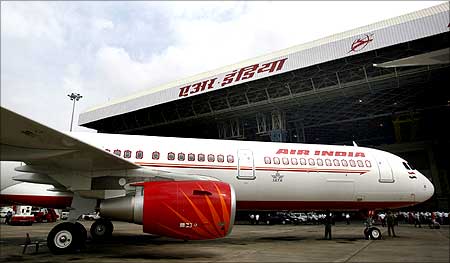 Image: Air India's newly acquired Airbus A321 is on display at the tarmac of Mumbai airport.
Photographs: Punit Paranjpe/Reuters

With a growth rate of 18 per cent per annum, aviation Industry in India is one of the fastest growing aviation industries in the world.

India has jumped to 9th position in world's aviation market from 12th in 2006. The scheduled domestic air services are now available from 82 airports as against 75 in 2006.

The Indian civil aviation market grew at a compound annual growth rate of 18 per cent, and was worth $5.6 billion in 2008.

By 2020, Indian airports are expected to handle more than 100 million passengers including 60 million domestic passengers and around 3.4 million tonnes of cargo per annum. 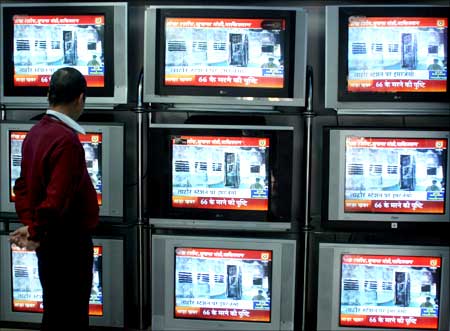 Industry sales were $4.5 billion in value, in 2006-07 and more than 7 million units in volume terms. Overall, the sector is a dynamic one, with significant growth opportunities.

As rapid socio-economic changes sweep across India, the country is witnessing the creation of many new markets and a further expansion of the existing ones.

With over 300 million people moving up from the category of rural poor to rural lower middle class between 2005 and 2025, rural consumption levels are expected to rise to current urban levels by 2017.