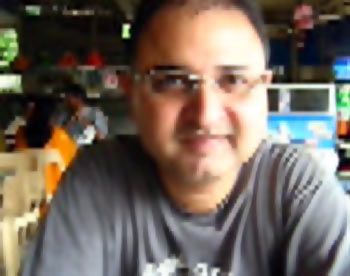 Sandeep Ohri has been waging a lone battle against Reliance and is intervener between the power utility and the power regulator.

This is a classic David versus Goliath story.

Sandeep Ohri, a Mumbai-based chartered accountant, recalls the time -- in 2006 -- when he was looking after his father's packaging business and talks about his battle with Reliance Energy and other power regulators.

Ohri had a godown for which the electricity bill was normally around Rs 400 a month. In October 2006, he received a bill for Rs 10,800 for the usage of 14 units of power. Overnight, Reliance Energy had changed slab rates. And this was right after the Maharashtra Electricity Regulatory Commission had announced its new tariffs.

But Ohri's was not an isolated case.

The rest of the small scale industries in the area too received bills ranging from several thousands to several hundred thousands of rupees. The aggrieved industrialists complained to Reliance Energy.

They found that depending on their demand, they had been charged for their capacity and not for usage. Reliance Energy's argument was: 'When you have contracted to get 'x' amount of supply, we have to give it, whether you use it or not. If you put on all the lights in your house or none at all, the supplier has to have the load ready as electricity cannot be stored. As we had this power ready for you, you have to pay.'

After trying and failing to reason it out with the power utility, Sandeep finally wrote to the prime minister, the Maharashtra chief minister, the state's power minister, and to all the industry associations in Mumbai. 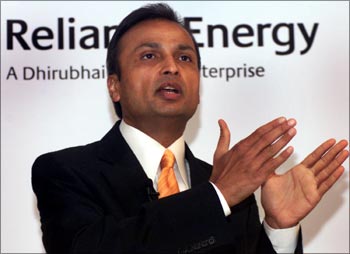 For a long time no response came in. It appeared as if no one would reply. But one man finally did: Raksh Pal Abrol, president of the Bombay Small Scale Industries Association.

He got together with Sandeep Ohri and shared some of the facts he had unearthed by moving RTI (Right to Information) applications. He claimed, "Reliance does not have a license to distribute power."

Interestingly, the license was then still with BSES -- Bombay Suburban Electric Supply Company. Reliance had bought BSES in 2003 and the company was renamed Reliance Energy.

Sandeep first put up the information that 'Reliance did not have a license' on the Internet. He then started scouting around for others like him who had suffered. He found one man in Chembur (a Mumbai suburb) who had not paid his power bills for two years as he had a court injunction against disconnection. He and Reliance Energy were locked in a court battle.

Sandeep then went to various industrial estates in Mumbai and addressed public meetings. His skills in elocution and debate in school were finally coming in handy. 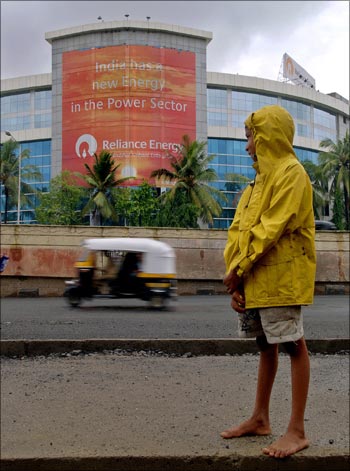 Image: A boy looks at an auto rickshaw passing by the Reliance Energy building in Mumbai.
Photographs: Adeel Halim/Reuters

Fighting social injustice, as he puts it, is nothing new to Sandeep. A brilliant student throughout his career, he was the head boy at the Jamnabhai Narsee School. He was involved with the school's alumni association, which he led to victory against one such injustice.

His former school's playground was 'taken over' by the residents' body. This group would not allow the children access to the ground.

The alumni got together and spoke to the school kids' parents and created awareness about the issue. Finally, they went to court and obtained an injunction for the children to use the playground.

Sandeep showed even more tenacity in his battle against power utilities. Earlier for MERC hearings not more than six or seven people ever turned up. This time over a 100 enthusiasts turned up, thanks to Sandeep's tireless efforts at creating awareness.

He made a presentation, explaining that Reliance Energy had shown a 45 per cent profit to its shareholders and at the same time it was complaining about losses to justify tariff hikes. He also reiterated that Reliance did not have a license to distribute power as the original license belonged to BSES. 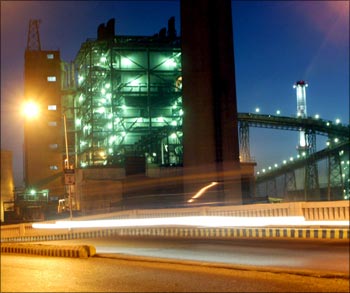 Image: Traffic moves on a street in front of a thermal power station in Ahmedabad.
Photographs: Amit Dave/Reuters

Sandeep then slowly found himself being pulled into battle with not only Reliance Energy, but other power utilities -- BEST, Tata Power and the Maharashtra State Electricity Board -- over tariff issues.

Finally, power utilities realised that the protests were slowly but surely acquiring unmanageable proportions. And at the next MERC meeting, the slab rates were changed. The tariffs did not go back to earlier levels, but they were reduced by 50 per cent. The small scale industry benefited. That was Sandeep's first victory.

That, however, was also when others lost interest in the goings-on. But Sandeep kept tracking everything that happened in the power sector. He was now very interested in it. His posted everything he found out on his blog. Aggrieved at being mentioned time and again in the blog, Reliance Energy sent him regular legal notices asking him to delete it. The company sent him defamation notices and 'tried everything' to stop him.

But Sandeep was charged up: he replied to all the notices and faced all the legal arrows that were shot at him. He received subtle hints to stop what he was doing. When he didn't budge, he got threatening calls. "The calls couldn't be traced to any power utility," he admits, but added that he did not bother about that "because whatever has to happen will happen".

Few weeks later, another power tariff hike was announced. When power utility wants to increase tariff, it has inform the regulatory authority first. Reliance wanted to increase the tariff citing a sharp increase in fuel prices. This time around they wanted to make good an expected shortfall of Rs 4,000 crore (Rs 40 billion) for the whole year. 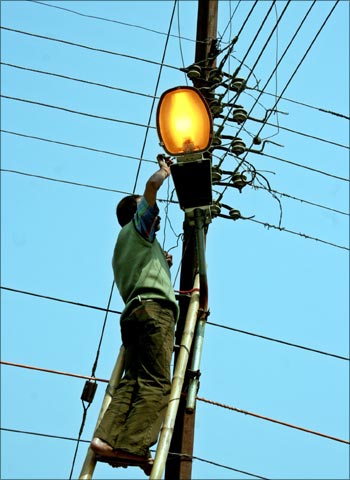 However, soon the company petitioned the power regulator to say it 'wanted' Rs 2,000 crore (Rs 20 billion) per quarter to offset the hike in fuel prices which raise power generation costs.

He objected to the figure of Rs 2,000 crore. Soon he got an email from MERC (the regulator) stating, 'Reliance has withdrawn its petition for Rs 2,000 crore per quarter.' No reason for this sudden turnaround was given.

However, in the bargain, consumers were spared another tariff hike. This happened in November last year.

Sandeep then wrote to the MERC and said he wanted to be part of the hearings for any new tariff hike. The consumer groups that usually attended were handpicked supporters of the company, he alleged. 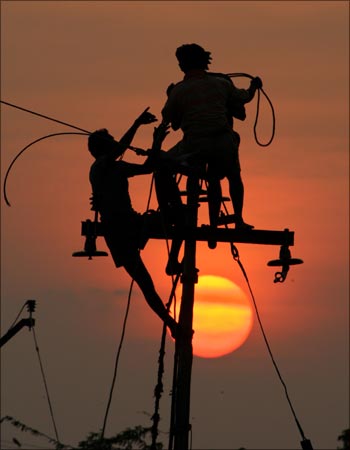 Reliance Energy and MERC both denied appointing any of the attendees. They had been appointed by the earlier electricity act, before MERC came into being.

Another charge that Sandeep makes against the MERC and Reliance Energy is that, "The MERC chairman who bowed out last year was a BSES director, a company that was owned by Reliance. Isn't this convenient?"

He says he has nothing against Reliance Energy, he is just fighting injustice. He says the power utility is a business, and making money for its shareholders is important. "Capitalism is not a crime," he agrees, but adds: "My point is that when it comes to an essential utility, there should not be a monopoly."

MERC has since then said that people not satisfied with one power supplier were free to approach another company. "All they have to do is use each other's distribution lines and pay for it, much like cellular operators share revenue when they use each others infrastructure," explains Sandeep. 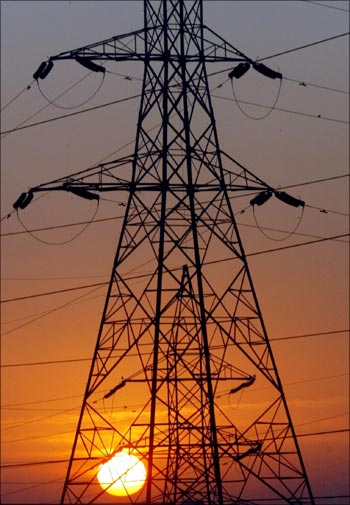 When Sandeep realised that the new bill from a different supplier would also add a charge for use of distribution lines, he raised an objection. "I told them that I was ready to pay one company for distribution. If it used someone else's lines, they should pay, not me. How can I be charged twice for distribution? I am not roaming with my mobile phone to pay double charges."

"Reliance Energy has since changed its name. It is now Reliance Infrastructure, and the company is now transferring power distribution rights to this new entity. I have objected to this," says Sandeep.

"What about the assets . . . all the money collected from us? What if this new company says it doesn't have the money? And if it wants to buy something, it will collect money from us again," Sandeep questioned. 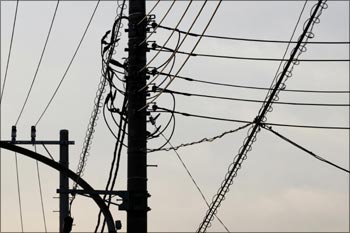 B P Raja, the new MERC chairman, has put Sandeep as an intervener between Reliance Infrastructure and MERC. So every time the power utility writes to the regulator, or vice versa, Sandeep gets a copy.

This appointment is akin to the appointment of Shailesh Gandhi as a Chief Information Officer of the central government because he kept persevering with RTI petitions.

Reliance has stated that the new company was formed due to a demerger according to the Companies Act. Sandeep pointed out that they had a license under the Electricity Act and that license was not transferable. Moreover, the Electricity Act superseded Company's Act in law.

The distribution license was given to Reliance Infrastructure, but Sandeep insisted that the license was not transferable to any subsidiary. "How do we know whether they are using this money for their other businesses?" 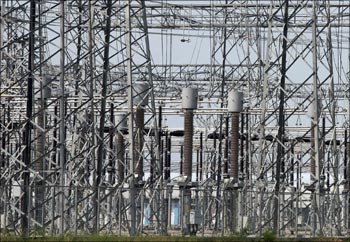 Sandeep demanded information on what assets and liabilities were being transferred to the new company, saying it is best to guard against playing into the hands of what could turn out to be a shell company with no tangible assets.

Meanwhile, a new message from Sandeep to rediff.com said: 'MERC has asked Reliance Infrastructure to prove it has a valid license before it decides on license-transfer to its proposed new subsidiary, called REL. Full transfer of all assets also has to be done This is to ensure we don't end up paying higher tariff. . .'

The fight continues. Reliance does its bit and Sandeep does his. And the saga can be followed on Sandeep's blog at http://snohri.rediffiland.com/iland/snohri_diary.html