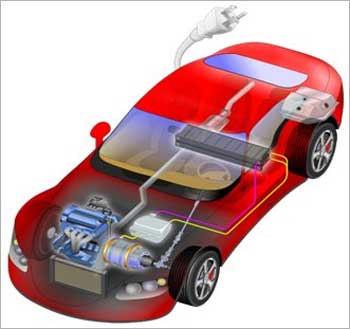 Researchers at the Commonwealth Scientific and Industrial Research Organisation in Australia are running a road trial of plug-in hybrid electric vehicles (PHEVs), which can ultimately be used as large mobile batteries that can be integrated and used in the home.

CSIRO engineers have modified the PHEVs to carry a 30Ah NiMH battery which is capable of holding a 6kWh charge, and a battery charger, to allow the cars to plug into and charge with electricity from the grid or from on-site renewable energy sources.

According to CSIRO Energy Transformed Flagship scientist Phillip Paevere, the road trial is collecting extensive information on how the existing PHEV technology could be used for a new application: using the car as a large mobile battery which can be integrated and used in the home. 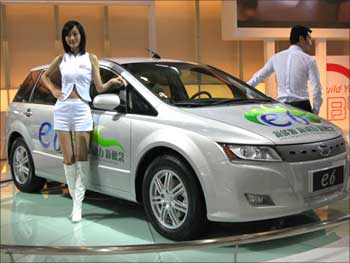 "The PHEVs have been fitted with instruments which will monitor the travel patterns of different users, and the residual battery power left in the car at the end of the day, which could be available for other uses," Paevere said.

"When not needed, the parked car in the driveway could potentially become a large battery store and energy source for the house, running appliances or storing off-peak or surplus electricity generated from on-site renewable generators, such as solar panels," he added.

Sean Sampson, SP AusNet spokesperson, said that the trial will also allow thorough analysis of what the electricity demands are likely to be when PHEVs are connected to the network for charging. 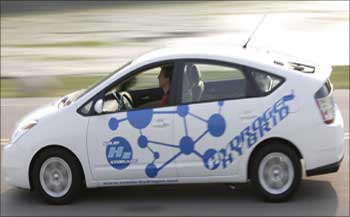 "The introduction of electric vehicles into the mainstream market could have a significant impact on the electricity network," Sampson said.

"They may also dramatically affect the output at residential and retail outlets and the forecasted growth of peak and base demands," he added.

PHEVs have the potential to reduce greenhouse gas emissions and may also provide a way to manage peak demand on the electricity grid.

By controlling when PHEVs are recharging from the electricity network, the burden of demand can be shifted.

Furthermore, the car battery can be drawn upon to provide power during peak periods of demand, prevent blackouts when there is a network supply interruption and assist in maintaining the overall stability of the network.