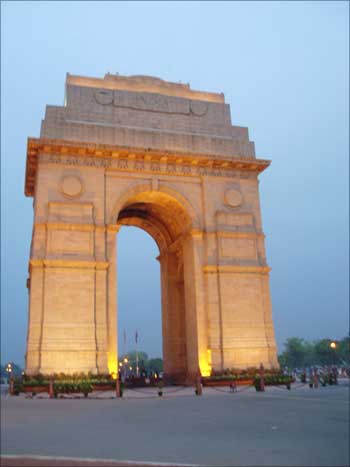 A Nielsen survey on the Urban Middle and Rich (Umar) estimates a total of 2.5 million affluent households in India.

The survey, conducted in 35 Indian cities with a base of over 18,250 affluent individuals, put New Delhi on top as India's most affluent city.

Click on Next to find out which are the other affluent Indian cities... 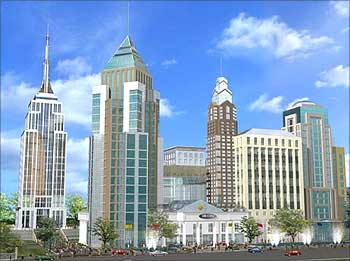 The survey defined the affluent class on lifestyle and consumer durables. The variables considered for lifestyle mapping were: employment of domestic help (maid/driver), holiday trips abroad and dining-out habits. 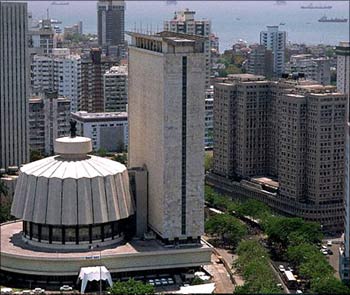 Image: The State Assembly House in Mumbai in the forefront of the city's skyline.
Photographs: Rediff Archive

The financial capital of the nation, Mumbai, is only the third most affluent city in India. A recent report said that almost 50% of the city's population lives in slums.

According to the Nielsen survey, even though nearly half of affluent Indian consumers all are schooled in English, the languages spoken at home are regional Indian languages, the survey revealed.

Nine in 10 affluent households own a house, three- quarters have a fully-automated washing machine and nearly two in five have a home theatre and modular kitchen. 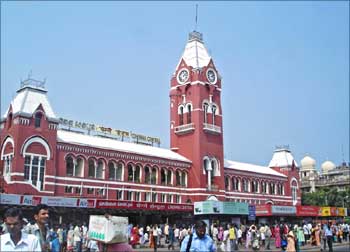 The capital of Tamil Nadu is the fourth most affluent city in India, according to the survey.

It said English was preferred language for newspapers but television was watched more in regional languages. 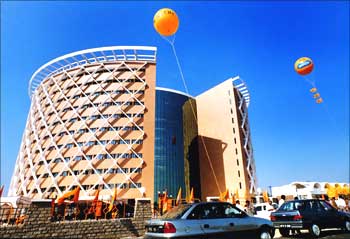 Image: The HiTech City in Hyderabd.

Hyderabad stands fifth in the list of India's most affluent cities.

More than three in five affluent persons watch movies outside home and more than half use Internet at home.

Overall, the economic slowdown has not impacted spending habits of affluent individuals but luxury accessories and vacations are items where they have cut down spending. 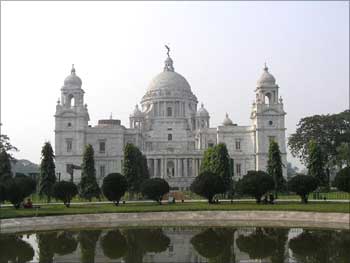 For durable ownership, the variables considered were laptop/desktop, air-conditioner, car, television, microwave, washing machine, and number of family members with Internet connection at home and the type of connection used. 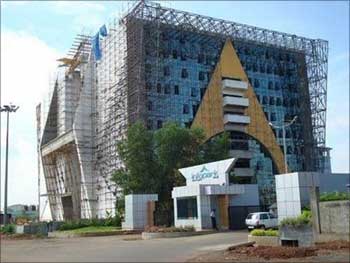 Households that own a car and a computer, but without an LCD television and a holiday abroad, were considered as upper class.

Likewise, the Upper Upper Middle segment consisted the owners of a car, a computer, and an LCD, but not a holiday abroad. 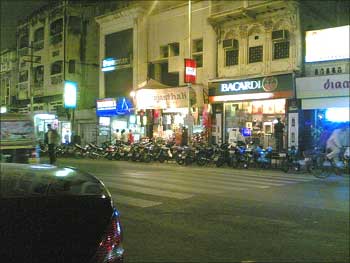 Rapidly developing Pune has been ranked 8th in the list of most affluent Indian cities.

The Rich segment owned a car, a computer and an LCD, and also took a holiday abroad.

The primary reason for conducting Nielsen Umar was to obtain, first, a realistic estimate of this segment, as there is no study in India which provides an accurate estimate of this target group. 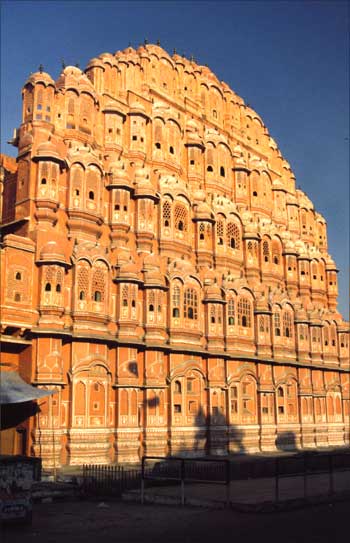 Image: The Hawa Mahal in Jaipur.

Jaipur, the fastest growing city in Rajasthan, is the nation's ninth most affluent city. 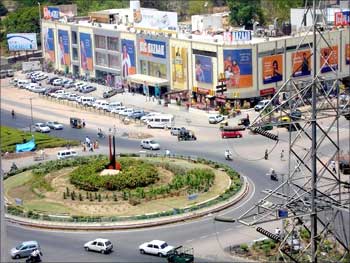 Gujarat, which has shown one of the fastest GDP growth rates in the country over the last few years, is also attracting a huge amount of foreign direct invetsment and big industrial projects. Ahmedabad, the so-called Manchester of the East, is India's 10th most affluent city.

The findings of the survey are interesting in view of the recession.

As per the survey, less than 15 per cent of the segment has made a significant reduction in its spending in the recent past.

Spending on consumer durables remains unchanged for most, while 9 per cent claimed to have made a reduction in spending.

In luxury accessories segment, too, only 16 per cent admit that they've made a significant reduction in spending in this sphere.