Sign in  |  Create a Rediffmail account
Rediff.com  » Business » Why China's bullet trains may turn out to be duds 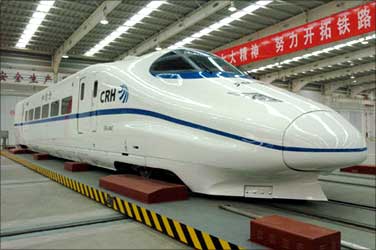 China's famed fast paced bullet trains have reduced distances by cutting travel time between top cities but they could end up becoming white elephants as fewer people wants to travel by them due to their high ticket rates.

The high-speed rail service linking Shanghai and Nanjing, one of China's most developed economic zones was opened to passengers on Thursday.

"But while the mammoth project trumpets China's ambitious yuan 2 trillion ($293 billion) effort to speed up the country's railway system and boost the regional economy, it also raises concerns of whether it will become another white elephant if the service costs too much for travelers," state run 'Global Times' reported on Friday. 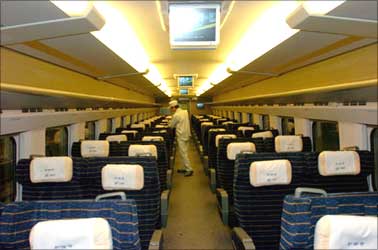 The trains, shuttle between Shanghai and Nanjing, capital of Jiangsu Province, at a speed of around 350 kilometres per hour, which is faster than a Formula one racing car, covering the 301-kilometre route in just 73 minutes.

Its 21 stops include the eight most prosperous cities in the Yangtze River Delta region, including Suzhou and Wuxi.

However, as with many new high-speed rail lines, the higher price has become an issue of contention among the public, it said. 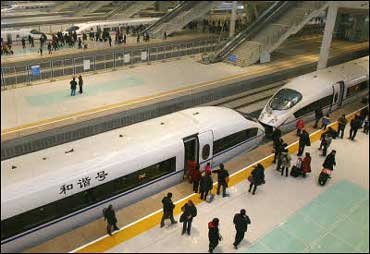 Li Zhixia, a passenger getting on the train in Nanjing on Thursday, told the newspaper that she wouldn't take the high-speed train again after giving it a try, because it only cuts the travel time in half and is twice as expensive as the second-fastest trains that run the route at about 200 kilometres an hour.

Wang Guangshu, who was travelling between Changzhou and Nanjing, said he found no difference between express trains and the bullet train. 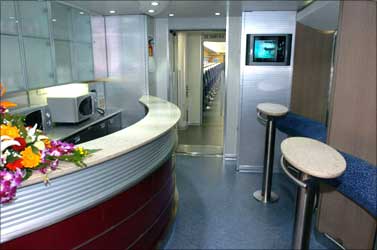 "The service is almost the same as on the (slower) train, and it took almost the same time to reach my destination, since it's a short journey, but it cost yuan 20 more," he said.

In response to the questions about ticket prices, Wang Yongping, the railway ministry's spokesman, said there are two voices on the price issue, with some believing it is too high while others say the journey price is moderate.

"The price will be subject to the test of the market. It is too early to make a conclusion now," Wang said. 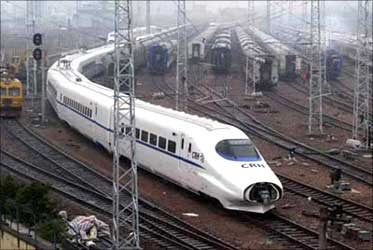 Shi Qixin, a professor with the Institute of Transportation Engineering at Tsinghua University, told the 'Global Times' that the construction of high-speed railways is in line with national economic development and the improvement of livelihood.

"The high-speed railway will offer strong competition with aviation and may force flight prices down," Shi said.
More
© Copyright 2022 PTI. All rights reserved. Republication or redistribution of PTI content, including by framing or similar means, is expressly prohibited without the prior written consent.
Print this
article