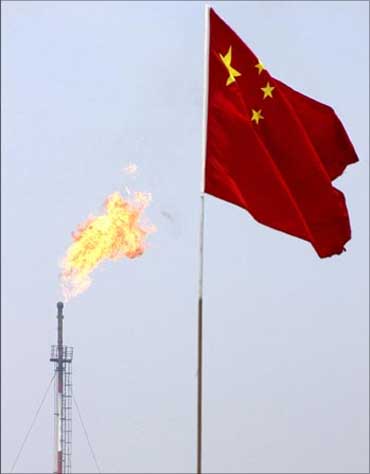 China is using the crisis in the West to secure natural resources around the globe, say Andreas Sieren & Frank Sieren.

They can be patient, Beijing's natural resources strategists who are at the centre of China's global strategy of expansion. They are used to handling setbacks and political opposition from the West. But if necessary, they can act very quickly.

For over a week, the strategists have been active and it's likely that they will continue to be busy.

After indications that oil major British Petroleum (BP) will no longer be able to cope with its oil crisis in the Gulf of Mexico, BP CEO Tony Hayward has already travelled to the Middle East to look for investors; the Chinese have begun to sense an opportunity.

Both firms are already maintaining a close relationship with the British multinational. In October 2009, CNOOC in collaboration with BP had secured exploration rights for one of the biggest oil fields in Iraq. Together, they want to invest $15 billion.

In March 2010, CNOOC acquired about 20 per cent of Pan American Energy of South America in which BP has 60 per cent interest, for $3.1 billion.

Two weeks ago, CNOOC made a tempting offer to BP: For an additional $9 billion it would buy the remaining portions of the energy conglomerate which extracts and processes oil and gas in Argentina, Bolivia and Chile. 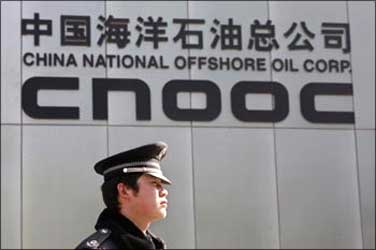 China has plenty of negotiation space in this historically unique expansion strategy, but it is also under massive pressure.

The Chinese need natural resources and they need a lot of these as the country uses so much of natural resources to feed its gigantic boom. The boom needs to continue for the sake of social stability in China.

According to the International Monetary Fund, China's economy will grow at an estimated 10 per cent this year. The Chinese, therefore, prefer to pay a bit more than to come away empty-handed.

Yet the Chinese are able to respond to the challenges. They are able to act quickly; they are well organised; they have plenty of money and there are close relationships between the government and companies.

That puts them into a position to bring comprehensive offers to the table, for example oil deals combined with infrastructure development.

The most important advantage remains money. Unlike Western nations, China is the only bulk buyer of natural resources not up to its ears in debt.

And the investment advisors of the Chinese central bank are pushing the government to invest its export surpluses not solely in low interest-paying government bonds, but also in natural resources. China's foreign exchange reserves of $2.4 trillion are more than sufficient. And one can no longer depend on the big currencies such as the euro and the dollar. 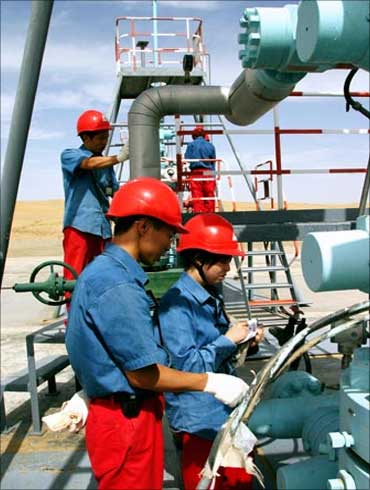 So what to do with the surpluses?

Oil, gas, copper and iron ore are the new hard currencies in China. This allows China to kill two birds with one stone.

First, it secures the needed flow of supplies to the country; second, it invests its export surpluses in a promising way. And a pleasant side effect emerges: With big acquisitions and shares in developing countries, Beijing captures their political loyalty too.

That is the case in Iran and Iraq as well as in many African countries. These alliances are meaningful for China in terms of building majorities that do influence global decisions in their favour.

It is, therefore, not a gambling mentality China applies on its shopping trips but a well thought out strategy to position the huge country wisely in times of major global changes.

During the financial crisis, China did comparatively well and has started to invest while most Western countries were tightening the belt.

"The financial crisis is both a challenge and an opportunity," said Zhang Guaobao, head of the National Energy Commission in early 2009. "Prices for natural resources and shares have decreased." This remains so today. 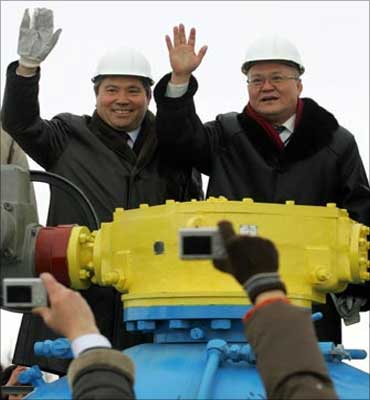 When it comes to natural resources, China is already a global player. Speed and volume of acquisitions are impressive.

In April 2009, for example, the Chinese spent $3.3 billion for a joint venture in oil in Kazakhstan. That gave Beijing control over a quarter of the oil production in Kazakhstan.

China was particularly successful in the Middle East. After the American invasion of Iraq, China managed to secure most new oil fields - more than twice of what the Americans did. In Iran, too, China is playing a major role.

South America also figures high on the agenda of China's planners. In November, for example, they increased their shares in Ecuador's oil business. In December, they bought shares of an oil field in Venezuela alongside a $12-billion infrastructure fund. Two thirds of the amount can be paid back with oil.

In December, Beijing reached an agreement with Burma to build a new 1,000 km pipeline from the Indian Ocean to China.

Last March, Chinese investors got together with Shell and forked out $1.6 billion for Arrow Energy, one of the leading Australian gas companies. Since August 2009, China has pumped about $8 billion in several tranches into exploration of Canadian oil sand.

Early July, it came to an agreement with the Nigerian government to build four oil refineries in the most populated country in Africa. 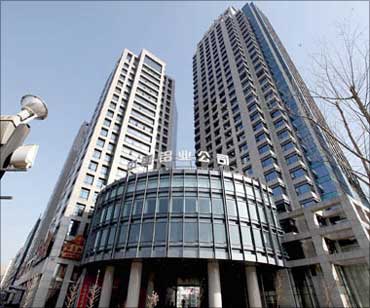 At the same time, it became known that the aluminum conglomerate Chinalco intended to buy shares of the biggest copper and gold mine in Mongolia, which sits only 80 km away from the Chinese border.

Currently, the majority of the mine is still owned by a Canadian company in which the British-Australian Rio Tinto has close to 30 per cent shareholding.

It is obviously this share that China is targeting in the acquisition, according to an announcement of Chinalco to the American Securities and Exchange Commission.

The investment is an additional step by the Chinese to expand their influence in Rio Tinto, one of the biggest mining companies in the world.

Since China has failed using the front door, it now tries the back door. Last year, Beijing was dumped while trying to increase its shares in Rio Tinto from 9 per cent to 20 per cent.

The generous offer of $20 billion was turned down by the Australian government which had some reservations about the offer. It will now be interesting to see the reaction of the Mongolian government. It tries to avoid too much dependence on its neighbours Russia and China. 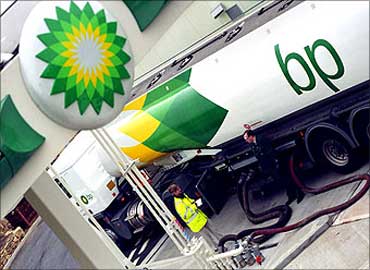 However, Beijing's growing shopping power faces regular political opposition. Usually it's for the same reason: The fear of Chinese dominance. In 2005, China's attempt to buy the American oil and gas company Unicoal for $18 billion fell through.

Despite some setbacks, Beijing's decisions already show an influence on the prices of commodities in international markets.

China's share in global copper market was 38 per cent in 2009. Record imports in 2009 led to an increase in copper price by 220 per cent. China buys in bulk batches. Over and over again, it led the prices to fall and then it continued its shopping spree at a lower price.

The geopolitical repercussions of the Chinese shopping trip can already be seen. Entire continents like Australia have become a supplier for China and have entered into an uneasy political dependency. Important countries in Africa and the Middle East are also becoming more and more dependant on the voracious giant.

In the case of BP, the Chinese are eagerly awaiting July 27 when BP will make public its quarterly financial report. Then it will be clear how much money the ailing oil conglomerate needs.

Andreas Sieren is a specialist in international relations and development aid. He worked for many years for the United Nations in Asia and Africa. His brother Frank Sieren is a bestselling author and has been living in Beijing for 15 years. He is regarded as one of the leading German experts on China