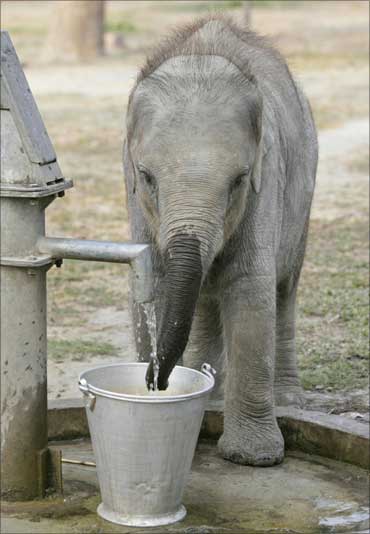 India and China, home to more than a third of the world's population, have made "considerable progress" in providing drinking water to their people, according to a new UNICEF-WHO report.

"Both countries have made considerable progress," said the report entitled 'Progress on Sanitation and Drinking Water'. 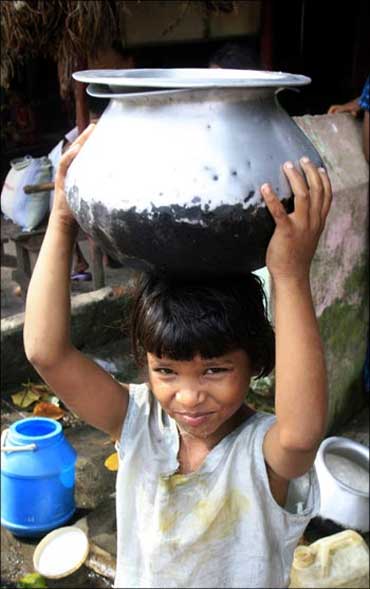 By the nature of their construction, they "adequately protect the source from outside contamination, in particular from faecal matter," according to WHO.

The report noted that China and India together account for a 47 per cent share, of the 1.8 billion people that gained access to improved drinking water sources between 1990-2008. 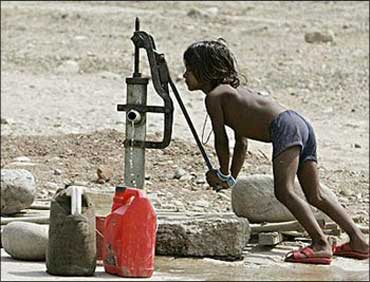 Image: A child works a water pump to draw some water.
Photographs: Reuters

The report also finds that 87 per cent of the world's population or approximately 5.9 billion people are using safe drinking-water sources, which means that the world is on track to meet or even exceed the drinking-water target of the Millennium Development Goals.

It highlights that 3.8 billion people, or 57 per cent of the world's population, get their drinking water from a piped connection that provides running water in their homes or compound.