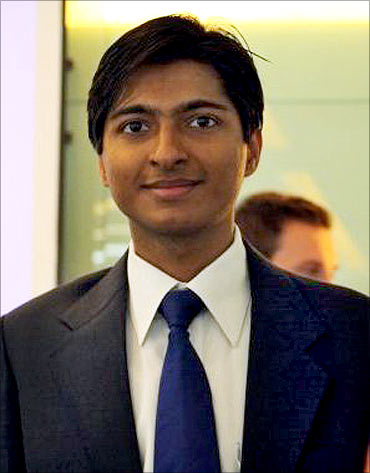 Image: Harsh Narang.
Manu A B in Mumbai

Ever thought you would get freebies for spending on photocopying? Well, this is the mission of a students' start up -- to make photocopying a profitable exercise for you!

When students go for photocopying, it is made almost free of cost. The cost is subsidised by advertisements on the back page of the photocopied pages. "Students can earn points that can be redeemed for free mobile talktime," says 23-year-old Harsh Narang, founder of PhokatCopy (phokat means free).

The company runs various promotional schemes in the campuses thus passing on the benefits to students. PhokatCopy was actually an idea for a business-plan competition that was held on campus a couple of years ago.

"Students are reimbursed rupee-for-rupee the amount they spend on their photocopies in the form of prepaid talktime. The operators end  up increasing their margins by 25-30 per cent. It's a win-win for both of them," says Harsh Narang, who graduated from IIT Delhi.

PhokatCopy started operations in August 2009. The company has run campaigns across 50 campuses in Delhi and is now expanding to other cities like Mumbai and Bengaluru. The company has worked with over 15 clients, including Cafe Coffee Day, Nestle, Vodafone and Nirula's.

Harsh Narang takes you through his rollercoaster ride as an entrepreneur . . . 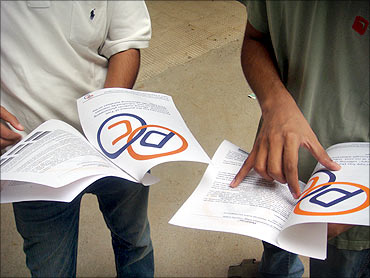 How did PhokatCopy come into existence?

I recently graduated from IIT Delhi, majoring in maths and computing. The idea to start this company came to me naturally since in college we ended up spending a lot of money photocopying notes that we would prefer to spend elsewhere. I discussed this with friends and they too supported my plan.

Why did you decide to become an entrepreneur?

I am extremely passionate about the idea, and could not let it be just on paper. As Mark Twain said, 'Twenty years from now you will be more disappointed by the things that you didn't do than by the ones you did do.' 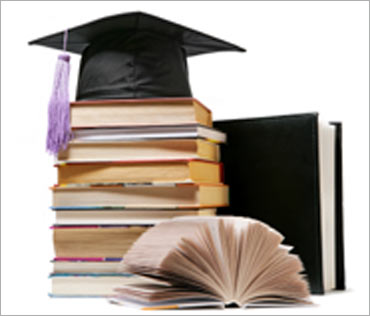 What made you think that this would be a big business opportunity?

An average college student takes an average of 500 sheets of photocopies. There are about 200,000 students in the top 100 colleges in Delhi itself. If these students take 500 copies, it works out to be 10 crore (100 million) sheets. So we see a big business opportunity here.

Fastrack saw an 11 per cent rise in brand recall after we ran a campaign with them. An Apple reseller managed to sell 14 laptops on campus after they did a campaign. . .  . 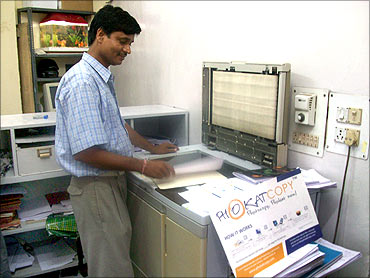 How does the Phokatcopy business work? Is the service completely free of cost?

Students are reimbursed rupee-for-rupee the amount they spend on their photocopies in the form of prepaid talktime. The operators end up increasing their margins by 25-30 per cent. It's a win-win for both of them.

For example, say, a student spends Rs 50 to make 100 photocopies. He can immediately log on to our web site and get free talktime worth Rs 30. The balance Rs 20 can be redeemed the following week. In a week, we limit the free talktime to Rs 30. In this case, they are exactly redeemable for prepaid talktime, no additional spends are required. The transaction happens online for a recharge coupon from any of the telecom operators.

We prevent excessive use of paper in various ways. This includes recycling,  using wood-free paper, vegetable oil inks and planting trees. We provide paper sheets to our network of 75 vendors who do the photocopying work. 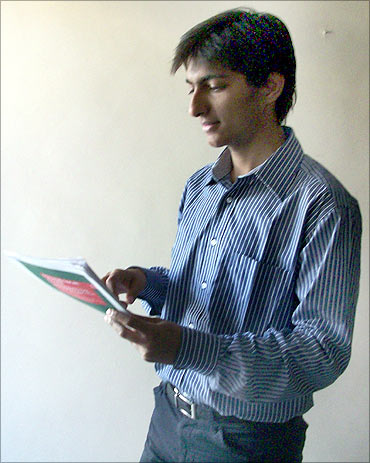 How did you find other business partners?

Most of the core team consists of friends and college mates from IIT, IIM and BITs Pilani. We did not have any prior experience in the advertising industry and ended up doing a lot of work from scratch. But one thing that's common to everyone is we all believe in the idea and are extremely enthusiastic about it.

What was your ambition when you joined the IIT?

To be honest, I actually wanted to be an academician. Even the five years I spent in college, I thoroughly enjoyed my course and did a fair amount of research in mathematical finance. 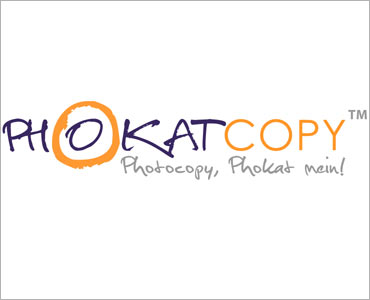 How has life changed after you became an entrepreneur? It has been a rollercoaster ride. A lot of appreciation from peers, but at the same time, its quite challenging to go out and convince advertisers about the media. Also, it has been a steep learning curve for me personally.

What kind of difficulties did you face initially?

We faced a quite of few hurdles. The main obstacle was convincing advertisers about a new media and its viability, especially since none of us came from that background. We had to build a strong team in place.

It was extremely difficult to get appointments with marketing heads of various companies and convince them how their brands could have a better recall value if they advertise with us. In that regard I've been lucky to have a lot of people helping out throughout the venture.

How supportive was your family?

I feel it's very important, especially in India, to have support from your family. They've helped me right from funding to setting up the office in our basement to providing much needed words of encouragement.

You were never scared of the risks?

Always! How can one not be? In fact, it's essential to manage all sorts of risks while running a start-up, and evaluate all possibilities objectively.

How much did you invest in the business? How many people have you hired?

I have invested about Rs 5 lakh (Rs 500,000) and lot of time! We currently have a team of 12 working in different cities, along with over 40 students from different campuses who are as enthusiastic about the idea. 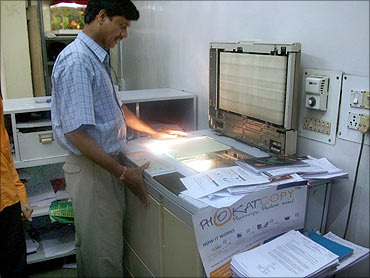 How many clients do you have? Are they happy with this business model?

We have worked with over 15 clients from different industries, including Vodafone, Nestle, Apple, Fastrack, etc.

Most of our vendors run out of sheets due to the demand for this from students. The idea itself is extremely popular, and hopefully will become a part of college life!

Is this a very profitable business? What are your revenue expectations?

We charge the companies for advertisements. Like any sales linked business, the revenue totally depends on the number of advertisers we are able to bring in, since -- in a sense -- they are bearing the costs. 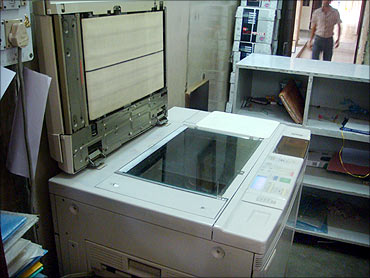 How many photocopies are done every month?

How has the IIT helped you in making an entrepreneur?

The network has been extremely useful and I have had the chance to interact with very talented mentors and peers. The exposure to the business side with many alumni starting out on their own, has also been invaluable.

How important is education for an entrepreneur?

Education is not restricted to engineering books. There needs to be a strong understanding of the marketplace and business dynamics. However, overall, this depends on the space or industry the entrepeneur is targetting. 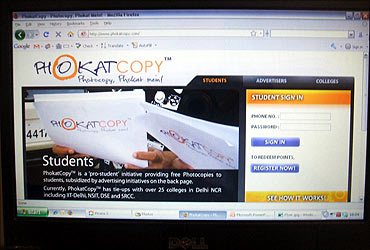 How do you sum up your experience as an entrepreneur?

It has been a rollercoaster ride, extremely challenging and yet very satisfying at the end of the day to see something like this grow. For one there's no concept of a weekend. Also it's hard to switch off from work while you run your own venture. There are days when I even end up working for 18 hours.

What are the most important things that entrepreneurs must have to succeed?

Entrepreneurs must have passion and hard work. There is no substitute for this.