An IITian's open letter to the prime minister

My generation is a fan of yours because we have tasted the fruits of the economic reforms that you initiated in the 1990s. 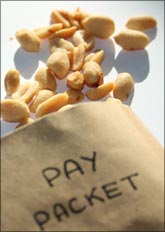 As kids, influenced by newspaper reports and brought up on a heavy dose of movies, many of us believed that the real problem in India was smuggling of gold. However, you taught us that the real issue was the exorbitant taxes on gold imports rather than smuggling. You solved the problem by identifying the root cause and dealing with it effectively.

We learnt from you that many a problem will disappear if we only pause to think about what the issue really is.

And that is why we follow you. But it seems to me that, now that you are prime minister, your own government is not following you.

Recently, your government informed us that it would turn the Indian Institutes of Technology, and other elite institutions, into world leaders in research by streamlining the recruitment and promotion processes. Human Resources Minister Kapil Sibal suggested that we need to fix the poor recruitment policies at IITs to raise their standard and produce a few Nobel Laureates.

To me, however, it seems that we are trying to solve some imaginary problem and in the process creating a royal mess. Meanwhile, the real problem remains unaddressed.

Mr Sibal preached that the IIT research profile is not similar to that of Harvard because IITs hire inexperienced people as assistant professors and there is no cap on the number of people attaining a senior professor status.

In order to resolve this, he has suggested that people with less than three years's experience should be appointed under the On-Contract Assistant Professorship (OCAP) scheme. Of course, he is willing to waive the process for the likes of C N R Rao or Stephen Hawking.

Similarly, for promotions too Mr Sibal has suggested that only 40 per cent of the people should attain the Rs 12,000 grade pay status. He also rejected the demand made by IIT faculty members for Rs 10,000 as 'A' grade pay. According to Mr Sibal, OCAP is very similar to the tenure system practiced at his alma mater -- Harvard -- for appointment at the entry level.

Mr Sibal says that the OCAP system and the restriction on promotions and pay will increase competition and the IITs's research output. He also dubbed those who oppose this system 'greedy people who are afraid to face competition'.

Sir, why would an engineer with two or more years of post-doctoral experience come back to India for a paltry salary of Rs 25,000 a month? It hardly needs to be reminded that an engineer with a similar profile would expect a pay packet in the range of Rs 8 lakh (Rs 800,000) to Rs 25 lakh (Rs 2.5 million) a year, if he/she takes up industrial research opportunities even within India.

A vast majority will choose to stay abroad and earn an annual salary of $70,000 to $120,000. In such a situation, I do not see why would an Indian researcher join the OCAP scheme? In case a good candidate does join, OCAP will end up acting as a hurdle to his research.

An OCAP scheme teacher will have to tutor students, struggle for money and strive to get PhD students, etc. Who would want to risk years of post-doctoral effort for this? This, I think, can only result in further deterioration at IITs.

Mr Sibal claimed that by creating a hierarchy at the senior professor level and keeping a cap of 40 per cent, he is increasing competition. In reality, this will create a situation where a deserving junior faculty member will not get promotion because senior people would have already filled the quota. If you really want to increase competition, why should promotion be permanent?

The whole issue seems to originate from the premise that IITs are flush with good applications and yet research is poor because they are not careful with the selection process.

First of all, the number of successful Indian professors at good American and European universities/industry is a good indication that we cannot compete with good global universities unless our pay packages too are comparable.

I agree that a lot of talented people come back to IITs because of reasons like dedication to the nation, commitment to family, etc. However, you cannot create a world class research university based on goodwill alone.

No one chooses a job based on PPP (purchasing power parity) calculations or on comparison with other Indian government staff. A vast majority will do hard monetary calculation and decide where to go. If you want the best people and the best research, you will also have to provide the best infrastructure -- which will include salary, start-up grant, PhD students, workload distribution, etc).

And, for god's sake, please stop telling us that we cannot provide good salaries because we are a developing nation and short on resources. If you cannot provide the best resources, you have no right to expect the best research either. To quote former Singaporean prime minister Lee Kuan Yew: 'If you pay peanuts, you will only get monkeys.'

I am quoting this not to insult the current IIT faculty (including myself), but just to remind you that we cannot design an IIT system based solely on the idealistic and nationalistic fervour of the faculty.

It is no surprise that the best Indian minds emerging from IITs vote for PhDs abroad rather than in India.

Sir, now let me discuss some of the premises propagated by the Goverdhan Mehta Committee (entrusted with the responsibility of recommending revised pay scales for premier institutions) and Mr Sibal.

We, in academia, know that three-year post-doctoral experience in the engineering department is a luxury few people can afford. I do not deny that if we plot the performance of IIT faculties, we might see a Gaussian distribution emerging (a random distribution of events used to represent a normal outcome that shows most samples falling closer to the mean value). However, my guess is that the reason behind that is the security of a 'permanent' job and lack of a good appraisal system.

Sir, your minister seems to indicate that the OCAP system is similar to the tenure system. I suggest that we introduce a 'real' tenure system. Here are some very simple reforms, which should make the system more efficient:

1. Introduce a real tenure system: Similar to many universities outside India, we can have the tenure system where everyone is appointed for a 3- or 4-year term. People should be 'confirmed' based on performance. Exceptional people should get early confirmation and the others should go for a second tenure before confirmation.

However, such a system requires that we must have a good start-up research grant system. Furthermore, in such a system it is natural that people will expect a decent salary. In my opinion, a respectable salary for entry level professor is Rs 100,000-plus per month.

Faculty salary should be completely de-linked from babus's salary. In fact, why give new salary from some past date? Start it from some future date and it will save a lot of taxpayer money.

2. Think globally: Why should all IIT professors be Indian nationals only? Like all good global universities, IITs should also recruit from a global talent pool.

3. Increase PhD salary and post-doc pay: Unless we start paying good amount to students, we cannot increase our research output. Most of our good students go out partially due to financial reasons. Why can't we pay Rs 25,000 a month to PhD students and OCAP salary to post-docs?

4. Periodical review by international experts: Every once in a while, we must have the performance of IITs audited by a global panel of experts.

Dear Mr Prime Minister, I hope you will act soon and stop all attempts by Mr Sibal to degrade the IIT system.

Santosh Ansumali is a Faculty Fellow (Engineering Mechanics Unit) at the Jawaharlal Nehru Centre for Advanced Scientific Research, Jakkur, Bengaluru. The views expressed here are his own.

The dangers of Mr Sibal's plan