All about block and bulk deals 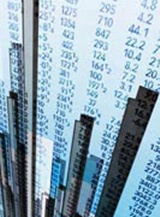 In 2008, when the stock markets were bearish, many foreign institutional investors (FIIs) and other big investors chose to keep away from the 'block deals' in stocks plunging the trading volumes through such deals by 30 per cent.

However, things changed for good and when the Sensex raised by over 47 per cent since March 2009 the long term institutional investors and minority shareholders have started showing interest to raise funds through block deals. Between January 2009 and February 2009, there were six block deals worth Rs 232 crore. Recently, several big companies like Dish TV, UltraTech Cement, Ambuja Cements and Tata Steel like have carried out block deals to name a few.

But what are these block deals? How does it happen? And why is it being talked about now? How is it different from bulk deal? Let us see.

What is block deal?

According to Securities and Exchange Board of India a block deal is a single transaction of a minimum quantity of five lakh shares or a minimum value of Rs 5 crore and is done between two parties through a separate window of the stock exchange that is open for only 35 minutes in the beginning of the trading hours.

SEBI has also made it mandatory for the stock brokers to disclose on a daily basis the block deals made through DUS or Data Upload Software.

Unlike a block deal that happens through a separate window that is open for only 35 minutes in the beginning of the trading hours at the stock exchange, bulk deals happen all through the trading day. Another major difference is that a bulk deal is said to have happened if under a single client code and in a single or multiple transactions more than 0.5 per cent of a company's number of equity shares is traded.

Also, bulk deals are market driven while two parties are required for a block deal to take place. Bulk deals carried out for the day should be revealed by a broker on the same day to the stock exchange using the DUS.

Who can go for these deals?

Generally, only the institutional players including the foreign institutional investors are the major participants in this type of deals. This also includes mutual funds, the various financial institutions, and companies carrying out insurance business, banks, and venture capitalists. Sometimes, many promoters use this window to arrange the issues that are related to cross holdings.

Statutory requirements that must be followed for block deals

SEBI has rules in place certain rules for carrying out block deals. It is mandatory that block deals should happen only through a separate window and for a period of 35 minutes only in the beginning of the trading hours. Also SEBI rules state that block deal orders should be placed for a price not exceeding +1 per cent to -1 per cent of the previous day's closing or the current market price. Delivery must be made for every trade executed and cannot be squared off or reversed. All details like the name of the scrip, the client's name, number of shares and traded price should be disclosed to the public through the DUS every day after market hours.

Interpretation of such deals

Investors often rely upon the block and bulk deals and their movements for trading cues. However, this might not be completely true. A block or bulk deal in a particular scrip doesn't necessarily mean that the stock price of the specific stock will increase as there are buyers and sellers involved in every deal. Understanding the profiles of the institutions involved in the deal and their strategies is required. However in case of bulk deals happening on a continuous basis in a counter or share with high volumes and high pending shares it could be a sign of appreciation in price in the future. Yet this could also happen in an operator driven counters.

So the block or bulk deals can be considered only as a first level of investigation and an investor before investing in a share should look for more details like specific information about the company like its fundamentals, its performance and ranking in its industry, and its future plans and prospects.