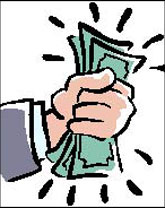 The Supreme Court, in its various rulings in the past, has reiterated its stand that banks cannot deploy musclemen to recover loans. The court has ruled that recovery of loans or seizure of vehicles can be done only through legal means.

The Reserve Bank of India has also laid down elaborate guidelines, to be strictly followed by the banks, in this regard.

The RBI's regulations clearly specify that recovery agents should be properly trained to handle customers with sensitivity, especially in aspects like hours of calling, privacy of information, etc.

Banks are required to inform the borrower in advance about the details of the recovery agency, and the agents are to carry a copy of the notice, and an authorisation letter from the bank, along with contact details and the ID card, while visiting a borrower. The conversation should be recorded after informing the client.

Similarly, with regard to re-possession, the RBI precisely states that if the contract with the borrower has a re-possession clause, they should ensure that it is legally valid.

However, a few recent incidents I have come across make me wonder if banks and finance companies are even aware of these guidelines or if they deliberately flout them.

In one instance, Jaishree had taken a personal loan from a bank and was prompt in her repayment. Last month also, she deposited the EMI cheque in the drop box well before the due date. Suddenly, she started getting calls at all hours and had people, who carried no identification, visiting her place demanding payment in a boorish manner.

Though she gave the cheque details and tried to clarify that it was not her fault, the agents were not ready to listen. Jaishree checked with her bank and found that the amount was not debited to her account yet. Realising that the bank had lost the cheque, she offered to issue another cheque.

However, the callers demanded payment in cash and asked to verify her pass book. Jaishree wrote to the bank seeking explanation for this unruly behaviour of the collection agents, but to no avail. Jaishree has now decided to approach the Consumer Forum.

In another case, Ranjith had taken a vehicle loan from a NBFC and had given post-dated cheques for the EMIs. Ranjith found that the amount was not debited to his account even after three months.

He contacted the company and was told that the cheques would be presented from the subsequent month. After two months, one fine morning, Ranjith got a call stating that his cheque had bounced.

He checked with his bank and it was confirmed that there was sufficient balance in his account and no cheque had come for clearance.

Ranjith was harassed by visits and phone calls from agents at odd times. Soon after, the vehicle was seized without intimation and, later, a letter sent stating that the vehicle was taken because of non-payment.

Ranjith approached us for assistance. We have written to the company, asking them to return the vehicle in its original condition and to compensate Ranjith. The company is yet to respond!

When even with genuine defaulters, the RBI procedures are to be adopted for recovery, in the above occasions, where the problems arose because of laxity of the banks, we will notice that no procedure was followed and the consumers beleaguered for no mistake of theirs.

The implementation procedures need to be strengthened. The defaulting bank should be banned from engaging recovery agents to ensure more accountability.