Thanks to investment based tax breaks for setting up 2 star or above category hotels across the country, Hotel sector was one of the major beneficiary of Union Budget 2010-11. 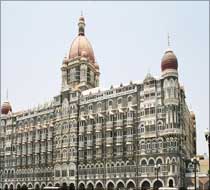 Benefits of profit linked deduction under Chapter VI-A of the income tax act are currently available to specified categories of hotels in Uttarakhand and Himachal Pradesh, NCR region, 22 districts having world heritage sites and north eastern states, which start function before specified dates mentioned in the act.

Union Budget 2010-11 is now bestowing investment linked incentives for new hotels of two star and above category that are to be opened on or after 1st April 2010. The deduction under section 35 AD of the income tax act will be upto 100% of the capital expenditure (other than on land, goodwill and financial instrument) incurred for the purpose of building and operating a new hotel of two star or above category.

Minimum Alternate Tax (MAT) has been increased to 18% of book profits from 15%.

Surcharge on Corporate Income Tax has been reduced 10.0% to 7.5% on domestic companies.  This will reduce the tax incidence of the domestic hotel sector.

In the Income Tax Act 2007 - 08 Section 80 ID was introduced to give encouragement to 2, 3 and 4 star Hotels and Convention Centres of a minimum seating capacity of 3000 persons being set up in the National Capital Region of Delhi, Gurgaon, Faridabad, etc. for the Commonwealth Games in 2010.

A tax holiday for 5 years was granted to those hotels that would open during the period 1.4.2007 to 31.3.2010. To provide some more time for these facilities to be setup in light of the commonwealth games in October 2010, the date has been extend to from 31st March 2010 to 31st July 2010. This amendment is proposed to take effect from 1st April 2011 and will accordingly apply in relation to the assessment year 2011-12 and subsequent years.

The impact budget on Hotel industry is positive. Firstly, industry will be benefited, as it is eligible for investment linked tax incentives under section 35 AD of the income tax act. The government has extended date for eligibility of tax holiday under Section 80 ID for the hotels opened in NCR till 31st July 2010.

Earlier, the hotel opened in the period 1.4.2007 to 31.3.2010 in the NCR region was given tax holiday for 5 years. This extension of time should benefit select players like Hotel Leelaventure, which is set to open a hotel at Chanakyapuri in New Delhi before Commonwealth Games.

Besides, all the hotels, including Hotel Leelaventure will also benefit from their plans to set up hotels across the country.

A beginner's guide to the Union Budget