News
Business
Movies
Sports
Cricket
Get Ahead
Money Tips
Shopping
Sign in  |  Create a Rediffmail account
Rediff.com  » Business » How tax on retirement corpus can hit you

How tax on retirement corpus can hit you 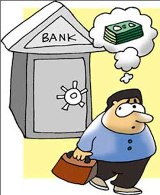 Under the EET regime, all the long-term savings instruments such as EPF, PPF and superannuation funds will be taxed on withdrawal or maturity - a stark difference from the exempt-exempt-exempt or EEE regime, where one gets a tax exemption at all the three stages.

It has also been proposed that all types of insurance policies will come under the purview of EET, except the term policies. Reports suggest the government plans to put up the proposals for discussions next week.

For an investor in these traditional instruments, if the EET regime is implemented, there could be a significant change for his/her final corpus because of the tax incidence.

If taxed at existing rates, it could hurt finances quite significantly.

Let's take an example. An individual retiring with a salary of Rs 20 lakh per annum (under the DTC regime) has to pay income tax at the rate of 20 per cent. Assume he accumulates Rs 1 crore (Rs 10 million) as retirement corpus.

His taxable income for the year becomes Rs 1.2 crore (Rs 12 million). Above Rs 25 lakh, the tax rate rises from 20 to 30 per cent. At the latter rate (without considering any cess), he would lose Rs 30 lakh from the corpus, despite it being a one-time addition to his income.

While a lower tax rate may be an option, investment options such as PF, PPF and pension schemes have been attractive to investors due to their tax-free nature.

After the implementation of EET, these schemes may not seem as attractive. However, Vikas Vasal, Executive Director, KPMG, does not agree. "In the short term, there may be a negative sentiment amongst investors with regard to these investment options. But, the security these schemes offer will, in the long run, outweigh this negative sentiment."

There is some small relief. If the individual reinvests this retirement corpus in a government-approved provident or superannuation funds, life insurance policies and the new pension scheme, and withdraws in parts, the tax liability will be only on the amount withdrawn.

In other words, instead of paying a tax on the entire amount, smaller withdrawals will ensure lower tax liability. In addition, since these instruments will pay interest on the corpus, some of the liability will get offset.

Also, the DTC proposes to count the return from mutual funds and stocks as part of wealth, while raising the latter's threshold from Rs 30 lakh to Rs 50 crore (Rs 500 million). This is likely to increase the attraction of these instruments.

There are options such as including the retirement corpus as a part of wealth because it will only come to the individual once. But, it is felt the government may not opt for this.

EPF Vs PPF: A foolproof guide