Educational loans may get cheaper 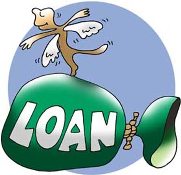 Recently, there have been reports that the government is working on a scheme to offer education loans at a minimum rate of interest of 4 per cent.

Some main features of this loan product are:

# Parents earning less than Rs 4.5 lakh a year will be charged 4 per cent on education loans

# Parents earning more than Rs 4.5 lakh annually and requiring a loan of less than Rs 12 lakh will get it at 7 per cent

This could change things in the education loan market significantly.  At present, the rates are as such:

Above 7.5 lakh: In the above Rs 7.5 lakh category, Canara Bank charges the lowest 8.75 per cent, Central Bank of India and Syndicate Bank levy 9.50 per cent. All the others charge anywhere between 10 and 13.50 per cent.

No interest on moratorium: Reports suggest that under the proposal considered by the government, the interest cost for the first three years would be borne by government while the student has to pay principal and interest component for the remaining four years.

If an education loan is taken for seven years, it includes two years of study and a moratorium (holiday period) of one year after the course is over and the student is looking for employment.

Typically, the interest rate on the education loan starts accumulating as soon as the course is over. This will benefit students as he/she can save a fairly big amount.

Repayment period: The new government loan scheme, if implemented, will have an extended loan repayment period to 6-12 years from 5-7 years, according to reports.

Till now the maximum loan repayment period is 7 years in most cases. Depending on the amount borrowed, some banks like Corporation Bank offer a repayment period of 10 years, also. It will put lesser pressure on the borrower, in terms of both cash outgo and the time in hand.

Tax concession: In April, the government extended tax concession on interest paid for educational loan to all streams of studies, including vocational courses. This will benefit students from different income groups who apply for graduate and post-graduate courses in for the upcoming academic session. Regular courses are not covered under the new amendment.

The new tax concession on education loan is also applicable to parents who have legally adopted a child.