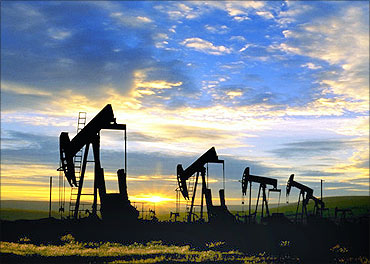 Petroleum is one of the most precious natural energy resources. Also referred to as 'black gold', its consumption and pricing is of great significance to the economy as it is a depleting resource.

With economies like China and India growing at a fast pace, the demand for oil is set to rise. India and China will account for 45 per cent of the increase in global primary energy demand by 2030, with both countries more than doubling their energy use over that period.

According to the International Energy Agency (IEA), the global oil demand in 2010 would rise by 170,000 barrels a day to 86.5 million barrels, as developing countries need more crude to steer ahead their economies.

Transport accounts for about one quarter of global energy use and energy-related carbon dioxide emissions.  In absence of new policies, transport energy use and related carbon dioxide emissions are projected to increase by nearly 50 per cent by 2030 and by more than 80 per cent by 2050. The world's car fleet is expected to triple by 2050 with 80 per cent of this growth occurring in developing economies.

The Copenhagen Climate change Accord emphasises on the need to cut down the dependence of fossil fuels to make the planet a safer and better place to live in. However, leading nations find it difficult to strike a balance between oil consumption and development.

Here's a look at the biggest consumers of oil...... 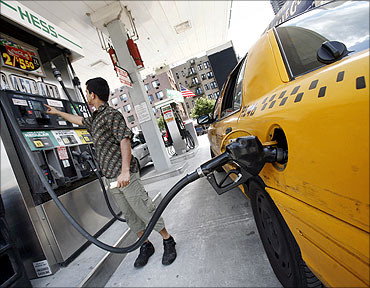 Image: A New York cab driver fills his taxi up with gas at a Hess station.
Photographs: Shannon Stapleton/Reuters.
1. United States United States is the world's largest consumer of oil. It used 19.5 million barrels per day in 2008.

The US government increased its crude-oil price forecast for 2010 this week based on an outlook for higher demand as the global economy recovers. It has a total oil prudction of 8.5 million barrels per day. The total oil reserves amount to 21.317 billion barrels.

Oil consumption as per the 2008 US Energy Information Administration study. The 2009 data is yet to be released. 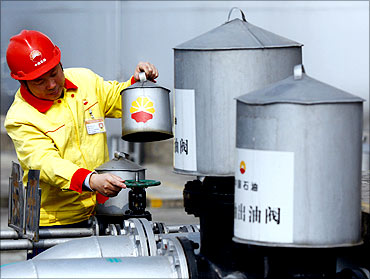 Despite slowdown in exports and domestic demand in the past year, China's demand for energy remains high.

China consumed 7.8 million barrels of oil per day in 2008. With real gross domestic product growing at a rate of 8-10 per cent a year, China's need for energy is projected to increase by 150 per cent by 2020. 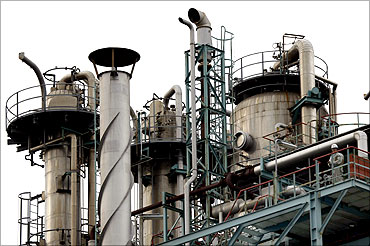 Image: A worker stands next to the chimneys of an oil factory at Keihin industrial area in Kawasaki.
Photographs: Issei Kato/Reuters. 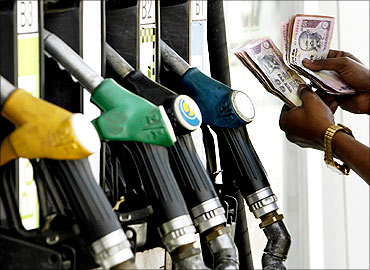 With a high rate of economic growth, India has become a significant consumer of energy resources. India's oil consumption has risen to 3 million barrels per day in 2008, from 643,000 barrels of oil per day in 1980. 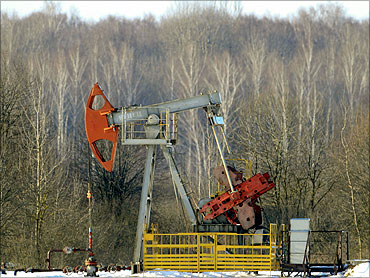 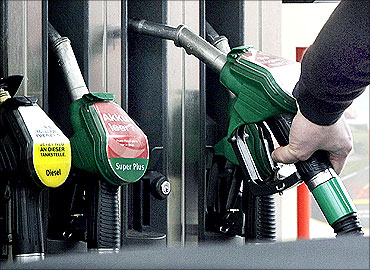 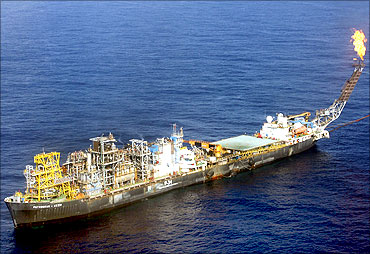 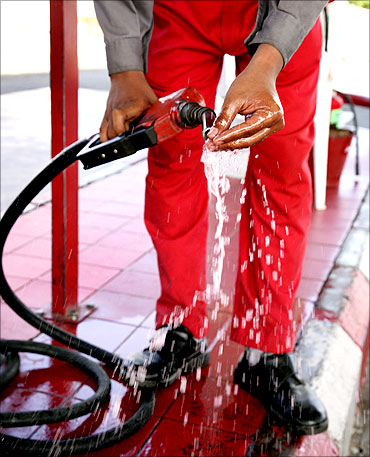 Image: A station attendant washes his hand with gasoline at petrol station in Jeddah.

Saudi Arabia is the largest oil producer of the Organization of the Petroleum Exporting Countries. It consumes 2.4 million barrels per day. Saudi Arabia has one-fifth of the world's proven oil reserves, 266.751 billion barrels. 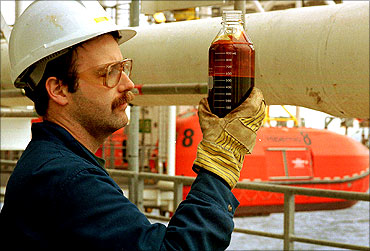 Image: An oil rig worker checks a sample of the first crude oil to come out of Hibernia offshore resovoir.
Photographs: Reuters

Canada is a net exporter of oil, natural gas, coal, and electricity. A top supplier to the United States, Canada consumes 2.3 million barrels per day. 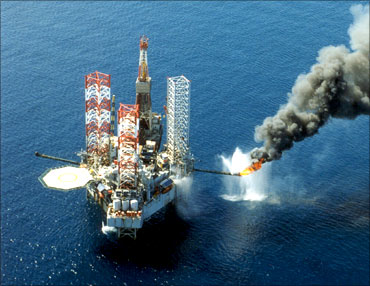