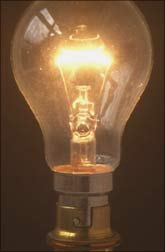 After 120 years of reliable service, it has been lights out from Tuesday for the traditional incandescent bulb in Europe.

A European Union ban on the traditional light bulb came into effect on Tuesday, despite strenuous opposition from a range of civil society groups. The ban is the EU's latest effort to combat global warming via energy saving.

The new compact fluorescent lamps (CFLs) that are the primary alternative to Thomas Edison's incandescent bulb use up to 80 percent less energy and do not burn out as quickly. By making the switch, the EU will slash its annual carbon dioxide emissions by around 15 million tonnes.

Additional benefits, according to Brussels (where the EU headquarters are), include slimmer electricity bills which could even help fight the current financial crisis.

By using CFLs, the electricity spending of a European household will be cut by somewhere between Euro 25 and Euro 50 a year, leading to EU-wide savings of about Euro 5 billion annually. European Commission officials say if consumers spend these savings, the positive impact to the economy would help fight the recession.

Europe is not the first region in the world to put such a ban into effect. Australia has already started a phase-out of regular light bulbs, Cuba has completed one and other countries, including the United States, are scheduled to begin implementing similar steps in the near future.

What makes the European move significant is that the 27-member country bloc is providing the largest staging ground for a debate that has increasing global resonance -- the discussion about the costs and benefits of environmental legislation.

Gains to the environment and long-term savings to consumers must be measured against the loss of long-standing manufacturing industries, constraints to consumer choice and even the possible exacerbation of other environmental hazards. Society's attachment to the light bulb, moreover, has a greater emotional tug to it than, say, the washing machine or television.

Artists across Europe are up in arms, complaining that not only will their work look aesthetically unacceptable in the cold white light emitted by CFLs, but that the traditional warm-light creating bulb is also somehow inescapably entwined with the process of creativity itself.

That the "eureka" moment has come to be represented by the image of a light bulb switching on above the head is no coincidence, they claim.

Eurocrats this week are thus finding themselves defending all manner of charges, including having robbed children of the magical experience of traditional fairground lights.

Brussels counters that adequate replacements to the incandescent bulbs are available, including energy efficient halogens and light emitting diode (LED) lamps. It is only a matter of time before these are also cost-effective they add.

But the criticisms continue to rain on the Commission. Concerns have been raised that the flickering light of CFLs could trigger migraines or epilepsy seizures in those who suffer from light sensitivities.

The presence of relatively high levels of mercury in energy-efficient light bulbs is another worry. Disposing these bulbs will pose a problem, since simply dropping them in a trash can could cause environmental problems of its own.

The EU itself has advised people to deal with broken CFLs by airing out rooms and avoiding the use of vacuum cleaners when cleaning up, so as to prevent exposure to mercury.

Officials say they are also attempting to push the CFL industry to reduce the amount of mercury in bulbs from the current five milligrams per bulb to two mg or less.

For the moment, certain categories of the incandescent bulb will remain on sale in shops, including the commonly-used 60-Watt bulb, which will be gradually phased out by September 2011.

The 40W bulbs will be around till even later, in 2012. It's the 100W light bulb that is immediately affected by the ban. although stores have been allowed to sell their stock until these are over.

For the traditional bulb in Europe, the curtain call has begun. And while it will be a prolonged affair, the applause is unmistakably mixed.