If the government is looking for a healthy industry, it will be better to clear the policy on M&As so that only those who really want 3G spectrum to offer 3G services will bid for it. 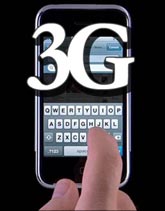 While the government has said it will stick to its January auction of four slots for 3G mobile services, it seems more a case of the government trying to prove a point. There is little doubt the process has been badly mucked up and while many tried to blame Communications Minister A Raja for the delay, the real issue is that the government has not been able to get the armed forces to vacate the spectrum, though the issue has been around for several years.

And since the spectrum has still not been vacated, the government plans to conduct the auction in January but give the winners the spectrum only in August!

Given the record of the delays, how is any bidder going to be certain the spectrum will be available even then? Unless the cynical view is that, once companies have paid for it, they will move heaven and earth to ensure the defence forces vacate the spectrum!

Given that the spectrum will not be available before August at the earliest, it would perhaps make sense for the government to reconsider the auction dates, even though the finance ministry is pushing for the auction since this will help bridge a part of its fiscal deficit.

Waiting would be a prudent option for a variety of reasons. For one, it does seem likely that bidders who don't even know when they will actually get the spectrum, are likely to bid lower values. But more important, the government should use this time to get some clarity on another issue of vital importance, that of mergers and acquisitions (M&As).

It is quite clear that the market cannot sustain as many players as there are today and that, even if they have the financial muscle to roll out all-India networks, the new players just don't have enough spectrum to run viable networks.

In which case, several of the players have to shut shop and be acquired by the bigger ones. The reason why that is not happening today, however, has to do with the law which links the amount of spectrum to a minimum subscriber base.

With the industry suffering due to this -- the larger firms which are starved of spectrum cannot buy existing players due to this clause -- the matter is being debated by the telecom regulator, which is likely to give its recommendations in a month or so. After this, the government could take a few weeks/months to decide on them.

Once the government changes the law to allow M&As, it is very possible that some of the players who are being forced to look at buying 3G spectrum, may find it more attractive to buy out an existing firm and get its 2G spectrum instead of looking at bidding in the 3G auction.

So, if the government is looking for a healthy industry, as it must, it will be better to clear the policy on M&As so that only those who really want 3G spectrum to offer 3G services will bid for it.

How was 2009 for investments? A flashback