The salaries that Indian CEOs get is just about okay by international standards. But it is the promoters who take the biggest packages, says Business Standard. 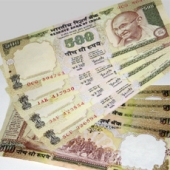 Corporate Affairs Minister Salman Khurshid may be surprised to know that the CEOs of many Indian companies may be underpaid -- not by global standards (a meaningless comparison), but by the government's own guidelines.

Asking for CEO restraint when it comes to pay and perquisites, therefore, is to shoot in the wrong direction. Khurshid's statement last week, two years after the prime minister made a similar appeal, erroneously suggests that corporate compensation in India is an unfettered gravy train.

At senior levels, executive compensation is subject to government guidelines that are de facto restrictions linked to net profits (none of it taxpayers' money).

A quick study by industry lobby Ficci suggests that instead of being 'vulgar', CEO salaries in some of India's largest corporations mostly account for a fraction of net profit.

At Rs 44 crore (Rs 440 million) in 2008, the annual remuneration of Mukesh Ambani, the highest-paid CEO of a listed company, was just 0.29 per cent of the net profit of India's largest company.

And, Malvinder Mohan Singh of Ranbaxy, which was later bought by Japan's Daiichi Sankyo, drew remuneration of Rs 19.59 crore (Rs 195.9 million), which was 3.4 per cent of the profits of a company that slid from being the No.1 drug firm to the No.3 position by that year.

The facts, therefore, suggest that the government guidelines are liberal, and most chief executives are exercising restraint by staying well within what the guidelines permit.

In short, the ministerial broadside is unwarranted, and can only be understood in the context of the government's ostentatious measures for restraining personal expenditure.

The larger point would be that ostentatious living (which is quite different from the size of pay packets) must be viewed from the perspective of a poor country, even though most CEOs see no reason to practise the kind of conspicuous austerity that Infosys's N R Narayana Murthy advocates and follows, and which did so much to legitimise wealth creation in India.

Mukesh Ambani's upcoming 27-storey mansion in South Mumbai, thus, remains a potent symbol of a fat cat syndrome. But as the former Tata Steel CEO Russi Mody, who strongly believes in living life king size, once put it, curbing his lifestyle would not make the poor any better off.

Meanwhile, it is a curious fact that the biggest pay packets in India are drawn by chief executives who are from promoter families, and not by purely professional managers. What that says about board oversight, the work of remuneration committees and the rest of the corporate governance paraphernalia is too obvious to need re-statement.