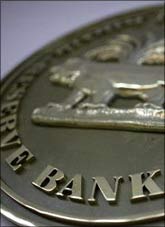 Two years have elapsed since the early stages of the global financial crisis led to the notorious run on the Northern Rock Bank in the United Kingdom and blew a big hole in the prevailing, three-pillar, monetary policy (new) orthodoxy of an independent central bank, charged with a single objective of an explicit inflation rate and a separate, single regulator for all financial institutions and instruments.

Just a year has passed since the implosion of the US financial system when major institutions collapsed or had to be bailed out by trillions of dollars of support from the US government or central bank.

The consequent Great Recession is still continuing, though now the worst really does seem to be behind us. Really. The heterodox responses of rich country central banks, such as the US Federal Reserve and the Bank of England, have been much discussed and mostly applauded.

Much less has been written or said about the heterodox actions of the Reserve Bank of India, especially in the years preceding the crisis when industrial country central banks adopted a largely accommodative stance towards their exuberant financial sectors.

There is a general appreciation that the Indian financial system and economy was substantially protected from the direct, adverse consequences of the global financial crisis. But the conventional wisdom attributes this to an instinctively conservative and cautious approach of the RBI and its leadership, especially then governor Y V Reddy and deputy governor Rakesh Mohan.

At best this is a partial truth and, at worst, it's quite misleading. Let me explain. Reddy and Mohan should certainly get a lot of credit, but for much more than being instinctively conservative.

To begin with, maintaining a cautious stance in the boom years of 2003/4-2007/8 was itself quite a feat in those exuberant times when the financial community, the media and even the government were pressing for rapid progress on conventional, financial liberalisation.

Two high-profile government-sponsored committee reports chaired by Percy Mistry (2007) and Raghuram Rajan (2008) laid out detailed, textbookish menus for such reforms, including rapid transition to full capital account convertibility, near-exclusive focus on inflation targeting by the RBI and hiving off much of RBI's regulatory oversight over financial markets and instruments to Sebi, the capital market regulator.

In that context, Reddy-Mohan had to fight hard to retain a measured approach to capital account liberalisation, RBI's explicit commitment to multiple objectives (through deployment of multiple instruments), the status quo in the domain of regulatory responsibilities and a high (25 per cent) statutory liquidity ratio (SLR), all factors which contributed significantly to protecting India's financial system in 2008/9.

But the Reddy-Mohan RBI did much more than just preserve key elements of the policy/regulatory framework. Over the boom years, as the perceived scale and risks of global financial excesses mounted inexorably, the RBI evolved a diverse set of heterodox policy responses to deal with the problem. These included:

All these measures helped buffer India's financial system from direct damage by the unprecedented global financial turbulence of the past year.

Indeed, among G-20 central banks, the RBI was a clear leader in understanding the gravity of the mounting risks and in taking effective counter measures.

Following the collapse of Lehman last September, the seizing up of international financial markets and the ensuing transmission, worldwide, of the resulting shocks through channels of trade, finance and confidence, the RBI (with Reddy replaced by D Subbarao on September 5) moved quite swiftly to reduce policy rates, cut reserve requirements (both CRR and SLR), extend special facilities to support stressed sectors such as NBFCs and mutual funds, and reverse countercyclical prudential norms.

But the focus on financial stability remained and was perhaps even strengthened. So did the extension of regulatory and supervisory oversight in various ways noted above.

So, with the advent of new leadership in the RBI in September 2008, did the structure and content of monetary and regulatory policies (much of it quite heterodox) change dramatically?

Many certainly expected substantial reversions to more orthodox approaches, especially since Subbarao had been the finance secretary for the preceding 18 months in a finance ministry which was perceived to be often at loggerheads with the RBI on a range of policy and regulatory issues.

Well, now that a full year has passed since the leadership change (and Mohan also left the RBI in June 2009), we can attempt an assessment. The answers are crystal clear from the RBI's actions and even a quick reading of Governor Subbarao's important speech a fortnight ago (September 10) on 'Financial Stability: Issues and Challenges' (www.rbi.org.in).

The heterodoxy ushered in by Reddy-Mohan is alive and well in Subbarao's RBI. Financial stability remains enshrined as a key objective of RBI policy. The earlier 'new orthodoxy' fashion (in many rich countries, including the UK) of exclusive focus on price stability is deemed a 'failure'.

So is the rich country abstention (pre-crisis) from using monetary policies to moderate asset bubbles. The RBI's earlier measured approach to capital account convertibility is endorsed and restated: "We view capital account liberalisation as a process and not an event. The extent of opening is contingent upon progress in other sectors."

Active capital account management is blessed. The RBI's time-tested approach to exchange rate management is applauded. The synergies between the RBI's monetary policies and its regulatory responsibilities (especially in the pursuit of financial stability) are extolled.

Correspondingly, recommendations for hiving off some of these responsibilities to Sebi are assessed critically and found wanting.

In a nutshell: "The crisis has also shown that there are clear synergies between monetary policy management and financial sector regulation."

In short, after a challenging year of crisis management, Governor Subbarao has explicitly endorsed the key elements of the Reddy-Mohan heterodoxy. It has probably helped that mainstream, international thinking on these issues has been driven much closer to the Reddy-Mohan positions by the global financial crisis.

For those, like me, who backed the Reddy-Mohan approaches to monetary and regulatory policies, the continuity shown by Subbarao's RBI is very heartening. For earlier critics of these approaches there may be some disappointment and discomfort.