Demand indicators have turned hot and despite the bad monsoon, India's GDP growth is likely to top 7 per cent, says Jahangir Aziz. 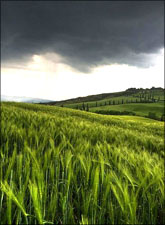 What a difference a year makes! This time last year, we were staring at the possibility of a deep and drawn-out recession, deflation and defaults.

Instead, a powerful, synchronised global recovery is underway led by China, India and the emerging market economies, with the US and other advanced countries joining more recently.

While much of this recovery owes to the unprecedented monetary and fiscal stimulus across the world, a key driver has been the gradual shift in the behaviour of firms and households from retrenchment and cutbacks to expansion.

For the recovery to be self-sustaining, this behavioural shift needs to strengthen as the stimulus will inevitably be withdrawn.

But what a difference a month makes! We went into the December holidays quite secure that the recovery was on course and financial markets had shrugged off their risk aversion.

But recent data flow has rudely reminded us that material economic and political risks are palpable. With job creation in the United States stumbling, the United Kingdom and German economies stagnating last quarter, and the contagion in sovereign stress in the southern European economies spreading, global risk aversion is back.

Here at home, the problems in Europe and the end of easy money by the Reserve Bank of India have sent financial markets into a nosedive. But RBI was right in starting to normalise monetary conditions. Almost all demand indicators have turned hot in recent months and despite the deficient monsoon, FY10 GDP growth will likely top 7 per cent.

All this without India's biggest growth driver, corporate investment, doing much. Over 2003-08, when India achieved over 9 per cent average GDP growth, investment grew at around 16 per cent. In the first three quarters of FY10, it averaged 7 per cent.

With easy financing, investment will likely rebound in FY11 once there is a bit more conviction in the recovery. If this happens, FY11 GDP growth could be close to 8 per cent.

This will inevitably narrow the output gap, stretch capacity, and harden core inflation. Thus, it was important for RBI to move quickly to a neutral policy stance, such that it had the option to ease if the global recovery faltered later, and tighten if domestic inflation hardened.

And that's what RBI has begun to do, sacrificing near-term growth to extend the medium-term expansion. In the absence of RBI actions, there would have been significant concerns of a hard landing.

The government will likely take a leaf out of RBI's book and do the same: begin withdrawing stimulus. For the last two years, fiscal deficit has surged to double digits (both central and state) and the debt burden has been raised to an all-time high. The stimulus was justified and has paid rich dividends.

There are three reasons why. First, that's what it had pencilled in the last Budget; second, it is fairly painless (the cyclical turnaround in taxes, some divestment and some rollback of the indirect tax cuts of last year would suffice); and third, any government borrowing larger than last year's (the 5.5 per cent of GDP deficit will broadly keep the borrowing at the FY10 level) will spook the market and spike interest rates, grinding down the recovery.

Crowding out corporate investment is the real negative of high deficits in India, not default risk, given the institutional arrangements in place.

I have two concerns. First, the government may base the consolidation narrowly on a few adjusters, e.g., the cyclical upturn in taxes and divestment, and not reverse the cuts in indirect taxes.

As we have seen recently, the global recovery can turn up nasty surprises and create enough anxiety to keep domestic financial markets volatile. Relying on a narrow set of adjusters is plain risky. If a few things go wrong, the Budget will look shaky.

The government should spread the adjustment across a wider set of instruments. And this means tackling expenditure. But options here are few. Much of the recent rise in expenditure is structural and cannot be easily reduced.

The expansion in the social safety net has worked well and the government is unlikely to (and in my view should not) start cutting back here. The only real space is in fertiliser and oil subsidies. Capping these is critical because otherwise the Budget is vulnerable to very large swings in international prices as we saw in FY09.

The second is that the government could again postpone the more painful adjustments. For example, not rolling out the goods and services tax (GST) or implementing the new direct tax code, and not capping subsidies.

These measures may not be critical in FY11, but will surely be needed if the government plans to bring down the deficit to 3 per cent of GDP in the medium-term. As long as these measures are not implemented, doubts will remain over India's ability to cut down the structural deficit.

And with that, interest rates will remain high even if the borrowing programme in FY11 is contained. In India, near-term supply influences bond traders the most, given the market dominance of banks over long-term asset managers. But traders also keep an eye on the medium term. Prudent fiscal management requires balancing the interests of both judiciously.

There are also a number of financial sector reforms that have been long promised but not delivered. If the last Budget is anything to go by, this time too it will be just a statement of accounts and not an articulation of the government's vision or its work plan.

For those, we will have to wait for what happens after the Budget. As before, the market could underestimate the deficit and be surprised at the size of the borrowing.

This will spike interest rates, before RBI and the government adjust the borrowing programme (shorter maturity and some front-loading) to calm the market.

While debt management has improved last year, it will be a much tougher task this time to hold down rates with private credit rebounding and the space for debt buybacks substantially limited.

India to grow at 8.4 per cent next fiscal: Citi