The research on Bt brinjal isn't unequivocal and hasn't been publicly-funded either - given the concerns, it's not worth the risk, says Sunita Narain. 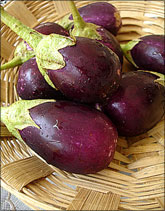 As I write this, the Union minister of environment and forests has decided to put the introduction of Bt brinjal on hold. Let me make my own bias clear. I am not an anti-GM-person; I have no ideological problems with the use of genetically modified technology to improve crop yield. But, I am definitely anti-Bt brinjal. My reasoning is as follows:

First, we are talking about brinjal: Genetically modifying, for the first time ever, a vegetable that is a common food item of near-daily use and that is sometimes eaten uncooked.

So, we cannot compare such technology modification with that of Bt cotton, which is, at best, used as fodder or is processed to make cottonseed oil. Indeed, all other GM crops used widely across the world are either eaten in processed form (soya) or used after industrial refining (corn or rapeseed oil). Thus, in this case, simplistic correlations -- that genetically modified crops are safe, or known to be so -- cannot be applied.

Second, the jury is out and still arguing about the tests done to establish the safety of this genetically-modified vegetable vis-à-vis our health. The debate centres around two issues. One, whether enough has been done to study the chronic impact of this daily vegetable on our bodies and health. Two, who has done these studies.

The studies by Monsanto-Mahyco, the owner company, show most tests have been conducted on acute toxicity, a lethal dose of 50 or more -- a dose at which there would be mortality of 50 per cent or more.

The company has also done studies on allergic reactions and skin irritation. On the other hand, studies on sub-chronic toxicity are few -- 90 days on rats, rabbits and goats.

The question that emerges is: Are the studies good enough to understand the long-term impact of ingesting Bt brinjal? The company says yes, maintaining 90 rat days are roughly equivalent to 20-21 human years. Opposing scientists say no, the chronic impacts need a different protocol of study.

The opposing view is that brinjal is often eaten raw and that even our digestive system is mildly alkaline. The jury, as I said, is still out.

Another big issue is whether you and I, who are going to eat this vegetable, can "trust" the research that has largely been conducted by the company that stands to gain the most if the go-ahead is given.

Currently, all research is funded by companies and then presented to regulators for clearance. This leads to an enormous lack of credibility -- people do not believe what the companies say has been done. And, given the horrific and scandalous track record of private research misguiding policy in the case of drugs or food, why should this be surprising?

It is clear we need a new system: Research must be publicly funded and openly scrutinised. The money must come from companies, but in the form of a cess collected into a fund. Without that, even good research will be tainted by bad public faith.

My third reason for rejecting Bt brinjal is more basic and fundamental. In fact, I want the right to decide if I want to eat Bt brinjal or not.

But India has no labelling system to distinguish the GM-hybrid from its lowly, ordinary cousin. You and I will have no choice. Furthermore, it is virtually impossible to set up a labelling system for a vegetable in a country of the size of India, where tests would have to be done on the farms of GM and non-GM crop growers.

Labelling also demands the country must have a laboratory network and a functioning regulatory system, so that GM content can be analysed and conveyed to consumers. This is far from the set-up that we have in the country.

Centre for Science and Environment (CSE), for instance, tried to get edible oil checked for GM traces but was turned away by most laboratories in India: they could not carry out the tests or had limited facilities; the tests were prohibitively expensive or not possible.

Over and above this, there are concerns about what this "foreign" introduction will do to the biodiversity of brinjal -- India is the centre of origin of this vegetable, with as many as 2,500 varieties grown here.

While the company's scientists say Bt brinjal will not contaminate other varieties, research also shows that cross-pollination is definitely possible. Can we risk losing these staples -- long, short, round or twisted -- from our table?

To me, the outcome is clear: Bt brinjal is not worth the risk and the uncertainty that it causes. This is not a verdict on GM crops. It is a demand for a choice: To eat or not to eat. The minister's decision must be supported.