News
Business
Movies
Sports
Cricket
Get Ahead
Money Tips
Shopping
Sign in  |  Create a Rediffmail account
Rediff.com  » Business » The end of an era in finance

The end of an era in finance

In the world of economics and finance, revolutions occur rarely and are often detected only in hindsight. But what happened on February 19 can safely be called the end of an era in global finance. 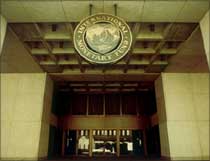 On that day, the International Monetary Fund published a policy note that reversed its long-held position on capital controls. Taxes and other restrictions on capital inflows, IMF's economists wrote, can be helpful, and they constitute a "legitimate part" of policy-makers' toolkit.

Rediscovering the common sense that had strangely eluded the IMF for two decades, the report noted, "logic suggests that appropriately designed controls on capital inflows could usefully complement" other policies.

As late as November of last year, IMF managing director Dominique Strauss-Kahn had thrown cold water on Brazil's efforts to stem inflows of speculative "hot money", and said that he would not recommend such controls "as a standard prescription".

So, February's policy note is a stunning reversal - as close as an institution can come to recanting without saying, "Sorry, we messed up." But it parallels a general shift in economists' opinion. It is telling, for example, that Simon Johnson, IMF's chief economist during 2007-2008, has turned into one of the most ardent supporters of strict controls on domestic and international finance.

The IMF policy note makes clear that controls on cross-border financial flows can be not only desirable, but also effective. This is important, because the traditional argument of last resort against capital controls has been that they could not be made to stick. Financial markets would always outsmart policy-makers.

Even if true, evading the controls requires incurring additional costs to move funds in and out of a country - which is precisely what the controls aim to achieve. Otherwise, why would investors and speculators cry bloody murder whenever capital controls are mentioned as a possibility? If they really couldn't care less, then they shouldn't care at all.

One justification for capital controls is to prevent inflows of hot money from boosting the value of the home currency excessively, thereby undermining competitiveness. Another is to reduce vulnerability to sudden changes in financial-market sentiment, which can wreak havoc with domestic growth and employment.

To its credit, the IMF not only acknowledges this, but it also provides evidence that developing countries with capital controls were hit less badly by the fallout from the sub-prime mortgage meltdown.

IMF's change of heart is important, but it needs to be followed by further action. We currently don't know much about designing capital-control regimes. The taboo that has attached to capital controls has discouraged practical, policy-oriented work that would help governments manage capital flows directly.

There is some empirical research on the consequences of capital controls in countries such as Chile, Colombia and Malaysia, but very little systematic research on the appropriate menu of options. The IMF can help fill the gap.

Emerging markets have resorted to a variety of instruments to limit private-sector borrowing abroad: taxes, unremunerated reserve requirements, quantitative restrictions, and verbal persuasion. In view of the sophisticated nature of financial markets, the devil is often in the details - and what works in one setting is unlikely to work well in others.

For example, Taiwan's use of administrative measures that rely heavily on close monitoring of flows may be inappropriate in settings where bureaucratic capacity is more limited. Similarly, Chilean-style unremunerated reserve requirements may be easier to evade in countries with extensive trading in sophisticated derivatives.

With the stigma on capital controls gone, the IMF should now get to work on developing guidelines on what kind of controls work best and under what circumstances. The IMF provides countries with technical assistance in a wide range of areas: monetary policy, bank regulation, and fiscal consolidation. It is time to add managing the capital account to this list.

With this battle won, the next worthy goal is a global financial transaction tax. Set at a very low level - 0.05 per cent is a commonly-mentioned rate - such a tax would raise hundreds of billions of dollars for global public goods while discouraging short-term speculative activities in financial markets.

Support for a global financial transaction tax is growing. A group of NGOs have rechristened it the "Robin Hood tax", and have launched a global campaign to promote it, complete with a deliciously biting video clip featuring British actor Bill Nighy. Significantly, the European Union has thrown its weight behind the tax and has urged the IMF to pursue it. The only major holdout is the United States, where Treasury Secretary Tim Geithner has made his distaste for the proposal clear.

What made finance so lethal in the past was the combination of economists' ideas with the political power of banks. The bad news is that big banks retain significant political power.

The good news is that the intellectual climate has shifted decisively against them. Shorn of support from economists, the financial industry will have a much harder time preventing the fetish of free finance from being tossed into the dustbin of history.

The author is Professor of Political Economy at Harvard University's John F Kennedy School of Government. His latest book is 'One Economics, Many Recipes: Globalisation, Institutions, and Economic Growth'