It's important to make the penalty system an effective deterrent to ensure greater efficiency in the tax system, says M Govinda Rao.

The Bill on the direct taxes code (DTC) placed in Parliament is very much on expected lines. The wide-ranging proposals to broaden the base in the first discussion paper have been diluted in the revised paper which is broadly reflected in the Bill.

The only major difference is in the treatment of capital gains. The second discussion paper proposed to include short-term capital gains from all assets, including equity shares, in the total income and tax them at applicable rates. 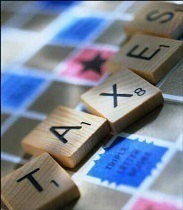 The Bill, in contrast, proposes to levy tax on short-term capital gains at half the rates of income tax (5 per cent, 10 per cent and 15 per cent) depending on the tax bracket.

Long-term capital gains from equity and equity-linked funds are to be completely exempted. With the proposals to broaden the base given up, the government surely could not afford to reduce the marginal rates or expand the tax brackets.

Interestingly, everyone wanted widening of tax brackets and lowering of rates, but not expansion in the base.

The proposal to tax savings and their returns at the time of withdrawal was criticised as robbing superannuation savings and it was argued that in the absence of universal social security, the exemptions should continue.

Of course, we all forget that an overwhelming majority of the population in the country cannot afford to save at all, nor does it have any social security. Why not provide benefits to those who can save?

Similarly, the plan to include the perquisites and notional income from owner-occupied housing has been given up.

Indeed, why should we bother about the horizontal inequity between those who get the perquisites and those who do not? Exemptions to special economic zones (SEZs) have continued to be a bone of contention between the finance and commerce ministries.

While the former underlines the large revenue losses on account of the exemptions, the latter continues to make exaggerated claims about the criticality of continuing exemptions to sustain export growth.

The reality is that tax experts the world over have decried tax incentives and preferences not only because of revenue loss but also due to the distortions created by them, but they have continued to proliferate in every country!

Tax exemptions and preferences result from special interest group politics and once given, it is not easy to remove them. Therefore, any reform towards broadening the base can only be done in baby steps.

The interesting part is that everyone wants the tax base to expand by removing exemptions and preferences from all other sectors except her own and, of course, who does not want lower rates of tax?

Not surprisingly, after two rounds of consultations and receiving more than 1,600 comments, the Bill does not resemble the proposals mooted in the first discussion paper and just as the ambitious plan of expanding the base is given up, so is the liberal widening of the brackets and lowering of the rates.

All these point to the fact that DTC cannot be a game-changer. This does not mean that the reform is not important.

The cleaning of the cobweb called the Income Tax Act, 1961 was important and greater clarity in the tax law will help reduce compliance cost and litigation. As the proposals to substantially widen the base are practically given up, it would be unrealistic to expect lower rates and increased revenue productivity.

Improved revenue productivity will have to come only from creating an environment for better compliance of the tax.

Tax evasion is as old as the governments and this has been a matter of concern in every country. In fact, the theme of the International Institute of Public Finance Congress, held at Uppsala University in Sweden during August 23-26 this year, was "Tax Evasion, Tax Avoidance and Shadow Economy".

Over 300 papers were presented in the conference spread over 80 sessions to intensively debate on the theme. There were several theoretical contributions, but a simple way for a policy-maker is to see tax compliance as a function of the rate of tax (interestingly, the theorists find it a positive function), probability of detection and penalty rate.

Of course, in every society there are "good" people who will always pay what they owe, but over time, their numbers are bound to shrink. Perceptions about the fairness of the tax, goodness of the government, social values, public morality and legal environment could determine tax payments, but high probability of detection and effective penalties are critical.

Given that DTC cannot be a game-changer, increase in revenue productivity of direct taxes can come about only through constant efforts to improve the probability of detection and penalty rate.

The tax information network (TIN) has been important and can continue to be so if the system is taken to the next stage of processing. Now that the information on TDS from all sources is only a click away, it is necessary to compile information on all large-value purchases, credit card transactions, third-party and other financial deals to identify cases of potential evasion for detailed audit.

Indeed, when GST is implemented, information-sharing could make the system even more effective. In Thailand, for example, the introduction of GST in 1992 led to a sharp increase in the growth of income tax revenue and Singapore levied GST in 1993 mainly to obtain better information for income tax enforcement. There is much to learn from them.

Unfortunately, effective penalties in Indian context are low and numerous cases are held up in prolonged litigation. It is important to pay attention to make the penalty system an effective deterrent to ensure both greater efficiency and equity in the tax system.

The author is director, NIPFP. The views expressed are personal.

DTC to slow down SEZ exports

FinMin seeks views of all parties on GST Bill