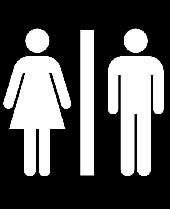 Far more Indians have access to cell phones than to toilet and basic sanitation, a new United Nations report has said.

"It is a tragic irony to think that in India, a country now wealthy enough that roughly half of the people own phones, about half cannot afford the basic necessity and dignity of a toilet," said Zafar Adeel, director of United Nations University Institute for Water, Environment and Health.

For a rising economic power like India, such statistic reveals misplaced priorities and unequal distribution of the fruits of liberalisation.

"Popular education about the health dangers of poor sanitation is also needed. But this simple measure could do more to save lives, especially those of young people, improve health and help pull India and other countries in similar circumstances out of poverty than any alternative investment. It can also serve as a very significant boost to the local economy," he added.

The report is produced by experts who prescribe ways to meet the Millennium Development Goal (MDG) on sanitation by 2015.

Research shows roughly 366 million people (31 per cent of the population) in India had access to improved sanitation in 2008. Other data, meanwhile, shows 545 million cell phones are now connected to service in India's emerging economy.

Worldwide, some 1.1 billion people defecate in the open and data shows progress in creating access to toilets and sanitation lags far behind world MDG targets, even as mobile phone connections continue to a predicted 1 billion in India by 2015, according to the study.

The report says it costs about $300 to build a toilet, and worldwide an estimated $358 billion is needed between now and 2015 to reach the MDG for sanitation.

"The world can expect, however, a return of between $3 and $34 for every dollar spent on sanitation, realised through reduced poverty and health costs and higher productivity, an economic and humanitarian opportunity of historic proportions," said Adeel.

If current global trends continue, the World Health Organisation and UNICEF, in a report titled 'Progress on Sanitation and Drinking Water' in March, predicted a 1 billion person shortfall from the sanitation goal in 2015 -- in all, 2.7 billion will lack access.

"This report notes cultural taboos surround this issue in some countries, preventing progress," said Adeel. "Anyone who shirks the topic as repugnant, minimises it as undignified, or considers unworthy those in need should let others take over for the sake of 1.5 million children and countless others killed each year by contaminated water and unhealthy sanitation."

Another report released last year by the WHO and UNICEF found that India has the largest number of persons that defecate in the open worldwide -- around 665 million.