Typing of Indian languages on computer keyboards with English alphabet will no longer be complicated with the coming of a phonetic transliteration software called 'Quillpad'.

Developed by 31-year-old Ram Prakash Hanumanthappa, the Quillpad adopts a machine learning tool (CART) to predict the sounds based on context so that ambiguities are handled automatically.

The software enables users to type different intuitive phonetic spellings and get the desired output in their languages accurately, says Hanumanthappa. "It works by learning the patterns of a language rather than memorising the spellings.

This helps as the English alphabet cannot accurately reproduce the sounds of alphabets of Indian languages," Hanumanthappa said.

The next goal for him is to launch Quillpad Mobile which enables users to work with other input interfaces such as mobile keypads. The typing of Indian languages on computer keyboards is a complicated process as over 50 different sounds have to be represented through just 26 English letters.

We had developed Quillpad basically to enable users to send e-mails in Indian languages. In a step-forward we wanted to work with other input interfaces such as mobile keypads. We succeeded and did not have to modify the engine even by a byte," claims Hanumanthappa.

He said he developed a compression technique to fit the entire set of patterns into a small memory that will be suitable for the mobile phones. Quillpad is now a powerful tool for predictive text input as it allows to type phonetic Roman characters into mobile devices. The transliteration engine can respond intelligently in other languages such as Tamil, Urdu, Arabic, and Hindi.

"The Quillpad engine can take input from sources as diverse as 102-key keyboards to the standard keypads with 12 keys on most mobile phones," he said. The integration of the Quillpad engine with technologies like the Nokia's Front End Processor (FEP) makes the multi language short message service (SMS) process seamless for S60 third edition device users.

Quillpad interprets single keystrokes in as intelligent a fashion as possible, making it unnecessary to resolve the ambiguity of matching a numeric key to a letter using multiple keystrokes, he claims. When an ambiguity does exist, the Quillpad software pops up the options to choose by pressing the *' key.

Quillpad adapts according to a pattern-based prediction mechanism rather than a dictionary-based one and allows messages to be typed in Hindi, Kannada, Malayalam, Marathi, Tamil, Telugu, Bengali, Gujarati, Punjabi, and Nepali. Hanumanthappa was awarded at the Emerging Technologies Conference at Bangalore for his innovation. 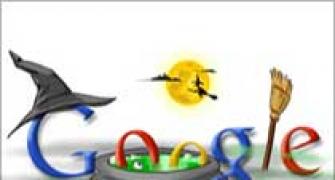 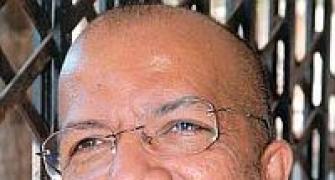 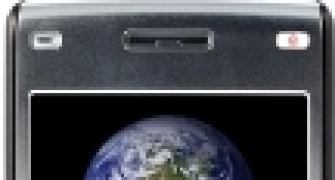 'Women are more successful in films'

The making of a freewheeling success story