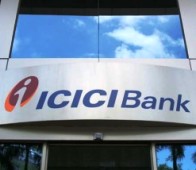 All 463 branches of BoR has started functioning as ICICI Bank's as per the directive of the Reserve Bank of India.

"With this, ICICI Bank will have a branch network of about 2,500 branches, by far the largest among private sector banks. This will position the bank well to capitalise on the growth opportunities in the Indian economy," ICICI Bank chief executive officer and managing director Chanda Kochhar said.

The merger 'creates a good strategic fit, combining ICICI Bank's capital base and product suite with Bank of Rajasthan's branch network', she added.

This is the third acquisition by ICICI Bank.

It had earlier acquired Bank of Madura way back in 2001 and Maharashtra-based Sangli Bank in 2007.

The integration, according sources, will take some time as IT systems will have to integrated with the ICICI Bank network.

"The integration will be completed this month," Pravin Tayal, the promoter of the BoR had said.

"With the merger, the balance sheet of ICICI Bank would cross Rs 4 lakh crore (Rs 4 trillion).

Meanwhile, the RBI has fixed Rs 154.50 per share as price for dissenting shareholders of Bank of Rajasthan, BoR informed the Bombay Stock Exchange.

The BoR filing further said that its managing director and CEO G Padmanabhan, who was appointed by the RBI in November, stepped down on Thursday.

It further said that meeting of the BoR board, scheduled to be held day, to approve the quarterly results, has been cancelled.

Earlier in May, the boards of both the banks approved a share-swap deal that valued BoR at over Rs 3,000 crore (Rs 30 billion).

The share swap ratio was fixed at one ICICI Bank share for every 4.72 shares of BoR. Post approval by the shareholders, the banks moved RBI on June 25 for regulatory clearance.

The merger process, which was mired in controversy, moved ahead after the Calcutta high court dismissed a petition by minority shareholders against the amalgamation.

The high court also asked the petitioner to pay a cost of Rs 50,000 for a frivolous case.

I have not resigned: RBI Dy Governor