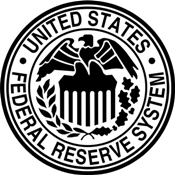 The US Federal Reserve has retained the benchmark interest rate at near-zero level and struck an upbeat note saying that the American economy has continued to strengthen in recent months.

The Federal Reserve, after its policy meeting on Tuesday, decided to leave key rate unchanged in the range of 0-0.25 per cent.

In a statement, the central bank said that "economic conditions, including low rates of resource utilisation, subdued inflation trends, and stable inflation expectations, are likely to warrant exceptionally low levels of the federal funds rate for an extended period".

The apex bank has been maintaining the rate at 0-0.25 per cent since December 2008, to bolster the national economy which was badly hit by the financial meltdown. According to the Federal Open Market Committee, which decides on interest rates, economic activity has continued to strengthen and that the labour market is stabilising.

The world's largest economy is on the recovery path with the GDP expanding over five per cent in the last three months of 2009 and the pace of job losses has also come down.

"While bank lending continues to contract, financial market conditions remain supportive of economic growth," the statement noted. The Federal Reserve said that inflation is likely to be "subdued for some time".

Source: PTI© Copyright 2021 PTI. All rights reserved. Republication or redistribution of PTI content, including by framing or similar means, is expressly prohibited without the prior written consent.
Related News: US Federal Reserve, Federal Open Market Committee, US Fed, GDP, American
SHARE THIS STORY
Print this article