Visa fee hike a 'bad policy' for US: Economists

The recent hike in H-1B and L1 visa fee to raise $600 million for securing the American border with Mexico is "a bad policy" for the US and could very well "sour" its ties with India whose IT sector is affected by the move, two noted economic experts have said. 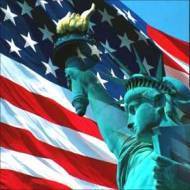 "Regrettably, what might be good politics is bad policy for America. It is unlikely to raise revenue, will inflict damage to American competitiveness, sour US relations with India, and above all send the wrong signals about US attitudes to open global markets," said Arvind Subramanian and Jacob F Kirkegaard, senior fellows at the Peterson Institute for International Economics.

Kirkegaard and Subramanian wrote in the prestigious Foreign Policy magazine that it is hard to see the Border Protection bill crafted as anything other than a transparent bid to be seen as "doing something" on immigration after years of failing to pass a comprehensive reform.

"Despite US President Barack Obama's endless declarations that the US-India 'strategic partnership will continue to grow', this is a direct snub to India's most powerful domestic advocates of economic liberalisation," they said.

Noting that the Obama Administration should tread carefully, the two economists warned that if India shifts its economic orientation away from the United States, the costs would far outweigh any of the political benefits or fiscal revenue from this visa fee policy.

"India could choose to retaliate by buying more Airbus planes from Europe, importing more cars from Japan, or moving toward a trade agreement with the European Union that discriminates against US exporters," they said.

"So when Obama lands in New Delhi on his upcoming trip this fall, he could find himself in the middle of an ugly trade skirmish with a rising Asian superpower," Kirkegaard and Subramanian wrote.

It is willing to hit its most competitive sector and forego the benefits of globalisation, for small, short-term political benefits, they said. But with public outrage about government spending rising, proponents wanted to make the expenditure "budget neutral," the two economists said.