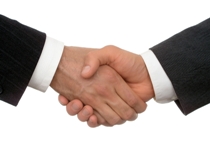 Attributing to people familiar with the matter, The Wall Street Journal reported that Capital IQ is buying smaller rival TheMarkets.com for $300 million.

TheMarkets.com is a joint venture of several Wall Street banks, including JP Morgan Chase & Co and Goldman Sachs Group Inc, formed in 2000 as a way to provide banks' sell-side research to institutional investors.

It was purchased for $200 million in 2004 by Standard & Poor's, a unit of the McGraw-Hill Companies Inc.

TheMarkets.com website is much like an online marketplace, offering company-earnings research and data from "sell-side" research shops to "buy-side" firms such as hedge funds and asset managers.

The company counts three-quarters of the 50 largest US asset managers as its clients. TheMarkets.com clients have access to earnings data and models from analysts at Goldman Sachs, Morgan Stanley and Citigroup, which will become available to Capital IQ users.

Govt may cap sugar exports to 10 mn tons this year

Housing prices rise up to 11% across 8 cities in Q4