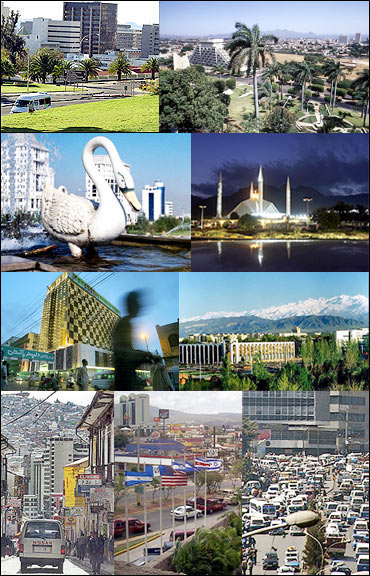 Image: A collage of world's 10 most inexpensive cities.


Though European cities almost always emerge as the world's richest and most expensive places, the African and South Asian cities are among the least expensive ones.

These cities were ranked as the least expensive in the world by the 2010 Mercer Cost of Living Survey.

The 2010 comparisons are based on a similar survey conducted in March 2009. However, the weighting of the basket of goods used in 2009 has been changed for 2010; a few additional items have been added. Additional cities have been added to the 2010 rankings.

Interestingly, the only Indian city to figure in the list is Kolkata, capital of West Bengal.

So here are the world's 10 least expensive cities in ascending order, as ranked by Mercer. 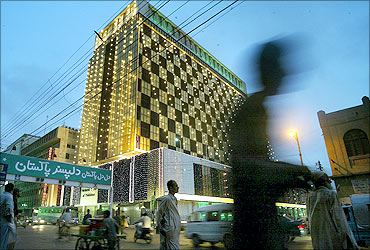 Image: Pakistani pedestrians walk past an illuminated building on the eve of independence day in Karachi.
Photographs: Zahid Hussein/Reuters

It is the largest city in Pakistan, with a population of more than 12 million, according to a 2007 estimate.

It is the main seaport and financial capital of Pakistan.

It accounts for a lion's share of Pakistan's revenue.

A PricewaterhouseCoopers study released in 2009, surveying the 2008 GDP of the top cities in the world, calculated Karachi's gross domestic product to be $78 billion. 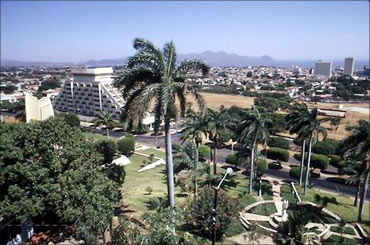 Managua is the capital of Nicaragua. The city has witnessed the rise and fall of political powers and has suffered devastating earthquakes in 1931 and 1972.

The city has a population of roughly 1.8 million. The Mercer survey says Managua is the second least expensive city in the world to live in for expatriates.

It houses many large national and international businesses.

Multinational companies such as Wal-Mart, Telefonica, Union Fenosa, and Parmalat have offices and operations in Managua.

Managua is also home to all of the major banks of the nation. 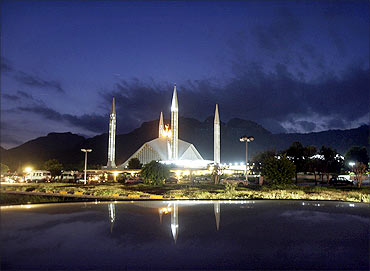 Image: Clouds are pictured over the Faisal Mosque in Islamabad.
Photographs: Mian Kursheed/Reuters

Islamabad is the capital and the 10th largest city of Pakistan.

It contributes 1 per cent to the country's gross domestic product. 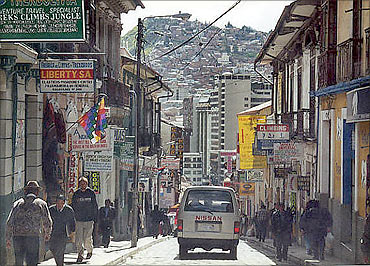 At nearly 12,000 feet above sea level, it is the highest-elevation administrative as well as the departmental capital of Bolivia.

Travellers can find hand-crafted alpaca sweaters, handbags and many other products at Sagarnaga Street markets. 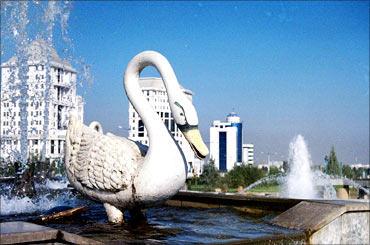 It is the capital and largest city of Turkmenistan.

Ashgabat is primarily a government and administrative centre.

The principal industries are cotton textiles and metal working. Bishkek, formerly Pishpek and Frunze, is the capital and the largest city of Kyrgyzstan.

Its population is 1.25 million.

The economy in Bishkek is primarily agricultural. 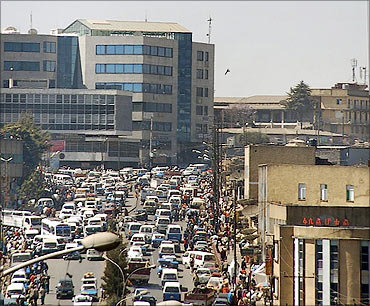 It is the capital city of Ethiopia.

The economic activities in Addis Ababa are diverse. It includes trade and commerce, transport and communication, health and social services, hotel and catering services, agriculture and animal husbandry.

Kolkata is the capital of West Bengal. The city is often fondly referred to as the cultural capital of India.

The Kolkata metropolitan area, including suburbs, has more than 15-million population.

Kolkata is the main business, commercial and financial hub of eastern India and the northeastern states.

As in many other Indian cities, information technology became a major growing sector in Kolkata since late 1990s.

It is home to the Calcutta Stock Exchange -- India's second-largest bourse. 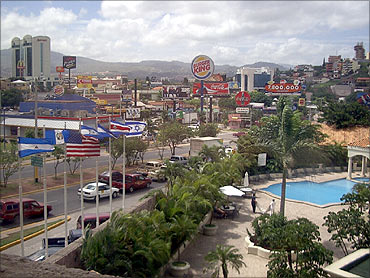 It is the capital of Honduras.

The capital of the independent Republic of Honduras switched back and forth between Tegucigalpa and Comayagua until it was permanently settled in Tegucigalpa in 1880.

According to 2005 estimates, Tegucigalpa has approximately 1.25 million people.

On October 30, 1998, the city was ravaged by Hurricane Mitch. It destroyed part of the Comayag ela section of the city as well as other places along the banks of the Choluteca river.

The storm remained over Honduran territory for five days. 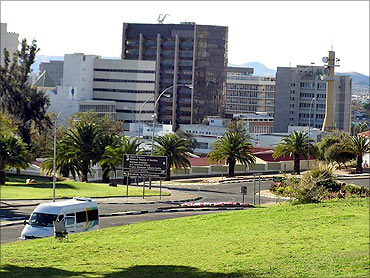 It is the capital and largest city of the Republic of Namibia.

The city is the major commercial and financial center of Namibia.

Virtually every national enterprise has its headquarters here.