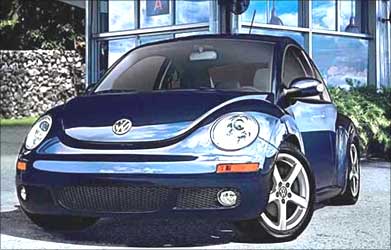 Any time now, Volkswagen will announce the pricing strategy for its money-spinner, the Polo, in India. Apart from other things, it will also kick off one of the biggest battles the automotive world has ever seen.

At stake is not pride, prestige or numbers in a new car market, but the glittering crown of the world's largest car maker.

Come 2018, Volkswagen wants to overtake Toyota. That they came close to it last year goes to show that the Germans may advance that forecast.

Volkswagen sold a total of 6.29 million cars in 2009 as against 7.81 million units moved by Toyota which was badly hit by the American slowdown.

The Indian game plan is a big step towards Volkswagen's goal of becoming number one since it is already the largest player in the world's fastest growing market, China. 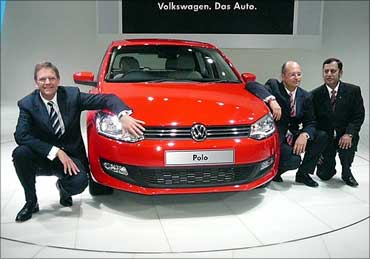 In short, a successful launch of the Polo in India may be all that Volkswagen needs to achieve its dream. Polo, a brand new car even in Europe that features contemporary design signed off by none other than Walter De'Silva, will be produced from a new plant in India.

Toyota, on the other hand, did show the production-ready hatch and sedan variants of the Etios, but alas, its new car plant is yet to be commissioned. And that is where Volkswagen scores the first point.

Volkswagen invested close to Rs 3,200 crore (Rs 32 billion) in the spanking new plant at Chakan near Pune in Maharashtra with a capacity of 110,000 cars to begin with.

Those who have been to the factory will tell you that this figure can be doubled with ease because of the modular nature of the plant. And as we speak cars in metal and glass, both the Skoda Fabia and pre-production Polo are rolling out of the facility. 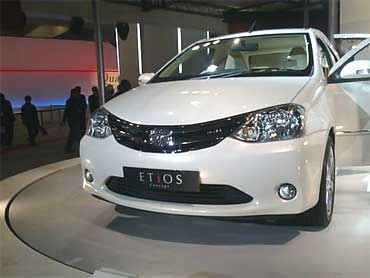 As for Toyota, eventually when the plant is up and running, the Japanese manufacturer will have an additional capacity of 70,000 cars.

The counter punch from Toyota lies of course in its product, the Etios. This is a brand new car developed primarily for emerging markets like India (and shown to the world at the Auto Expo in January 2010), and that means the needs of the Indian customers are better addressed. 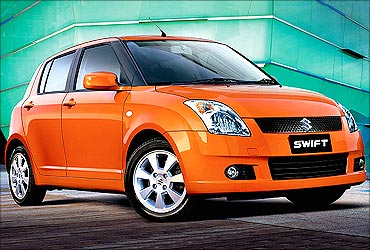 Image: Maruti Swift.
Photographs: Courtesy, Maruti Suzuki.
The two-model strategy (hatch and sedan) has of course worked brilliantly for Maruti Suzuki in India with its Swift and Swift Dzire. Sure, the first reactions from the crowd at Hall No. 6 at the Auto Expo was that the new Toyota was 'under-designed' like the Mahindra Renault Logan, but expect prospective buyers to queue up the moment sales begin.

So strong is the brand equity of the Japanese giant in India, which started its Indian innings by selling a 15-year-old people-mover design with great success (the Qualis). 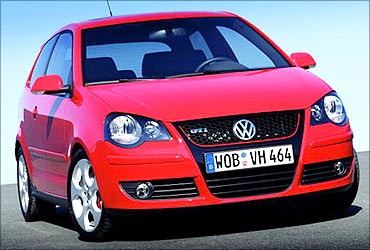 The Polo is primarily designed for Europe - where hatchbacks of its kind are used by front-seat occupants with the rear seat meant for children or grocery. Mostly grocery.

Volkswagen's marketing team in India will realise that Indians will use chauffeurs even for hatchbacks; and the Polo's rear legroom is just about adequate. Volkswagen has been showing its Up concept-based variants for some time now and one can hope that a new car based on these will be tailored more for Indian needs.

It's not that Volkswagen does not know the game of adapting to local needs - its group firm Audi developed a stretched version of its best-selling A6 in China (another market where chauffeurs are inexpensive). Needless to say, Volkswagen has been doing well in China, with a 37 per cent jump in sales to 1.4 million in 2009.

Others in the game

Volkswagen knows it is going to be tough to counter the supremacy of Maruti Suzuki in India, and that may be one reason that led CEO Martin Winterkorn to fly to Tokyo and sign a deal that saw Volkswagen take a 20 per cent stake in the company that sells half the cars sold in India!

With the big enemy on its side, Volkswagen can now focus on the likes of Nissan with its new plant that can build 100,000 units and a two-model (next generation Micra-based) strategy very similar to Toyota. 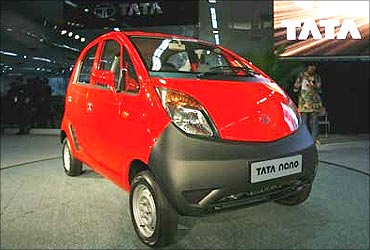 Meanwhile, one cannot discount Hyundai, which is a trusted brand when it comes to small cars in India, and what kind of impact the Tata Nano will have on the Indian market.

Sure, a resurgent General Motors India with a total capacity of 225,000 units (and brilliantly priced and packaged models like the Beat and Cruze) and Ford which has launched an emerging market car, the Figo, based on the underpinnings of the last generation Fiesta (to keep the spending down) will come in between Ferdinand Piech and his dream of becoming the global number one.

Piech, the visionary who led Volkswagen to the stature it is enjoying today, is currently the chairman of the Volkswagen Supervisory Board. But his eyes will be set on only one player and that is Toyota.

The Polo and the Etios - these are small cars all right, but the battle that they are going to wage for their respective makers is destined to create history. Did you say that the winner takes it all? 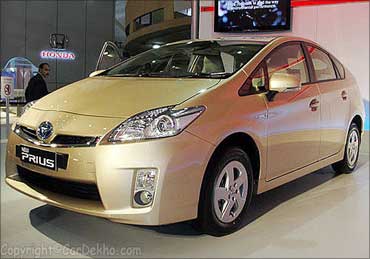 As far as automotive recalls go, the eight million cars that Toyota has recalled since September last year for various defects is pretty big by any standard.

The impact it has made in the minds of people, especially customers in the US, may last longer than usual. What has made it worse is Toyota's delayed reaction in reassuring everybody concerned - from US legislators to the Prius customer in Seattle - that they are attending to the problems.

Now this could give arch-rival Volkswagen a temporary shot in the arm, when people would shift to other brands from Toyota. But the fact remains that automotive recalls are a frequent occurrence, and the customers, especially in the developed countries, are used to them.

So the tactical advantage that other carmakers, including Volkswagen, will gain is temporary, as Toyota will bounce back once the issue is settled. Recalls can take place with any car manufacturer.

For instance, even Volkswagen recalled about 2,00,000 vehicles in Brazil around the middle of February; but when you look at the long-term, it won't make a significant impact to the German carmaker's sales. At the end of it, carmakers are players for the long term; what they sow today is reaped several years down the line.