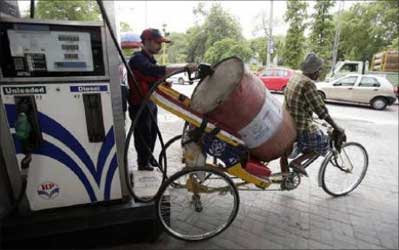 The government is not considering freeing diesel prices yet, as the move will lead to rise in retail prices that will push up the already high inflation rate, oil secretary S Sundareshan said on Wednesday.

"Diesel price deregulation will mean an increase in prices, which is not fair (under present circumstances)," he said at the Economic Editors Conference in New Delhi.

The government had, on June 25, freed petrol price from its control resulting in a hike of Rs 3.50 per litre.

Rates have subsequently been raised twice by almost a rupee, in step with rise in international rates. Petrol currently costs Rs 52.55 a litre in Delhi. 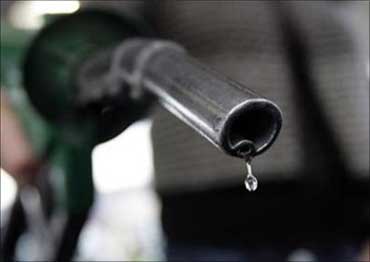 Diesel prices were raised by Rs 2 per litre on June 25, and it was stated then that they will be gradually freed.

A move to deregulate the rates now would mean a further increase in the price of the fuel by Rs 2.87 a litre. Diesel currently costs Rs 37.71 a litre in Delhi.

"The June decision was taken when crude oil price was at $73-74 a barrel. Since then it has risen to $82-83 a barrel and it will be unfair to think that diesel price will be market determined at these levels," Sundareshan said. In June, the government had also raised domestic LPG price by Rs 35 per 14.2-kg cylinder and kerosene rates by Rs 3 per litre.

Despite these hikes, state fuel retailers lose Rs 16 on sale of every litre of kerosene, and Rs 188 per LPG cylinder. 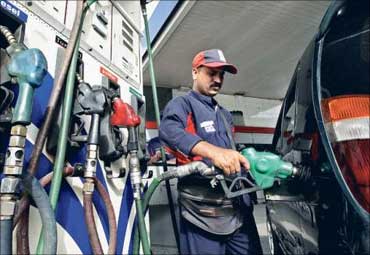 Of this revenue loss, upstream oil firms, Oil and Natural Gas Corp, GAIL India and Oil India will chip in Rs 10,456 crore (Rs 104.56 billion) and about Rs 10,000 crore (Rs 100 billion) would come from the government by way of cash compensation.