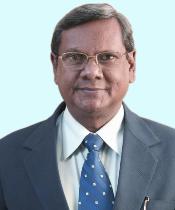 Rana Som, chairman and managing director of state-owned miner NMDC that is currently raising money through a follow-on public offer, is something of a contrarian. He believes the government gives employees more decision-making freedom than private sector promoters.

"Even a junior manager has decision-making powers in a public sector company. He can raise questions and his voice will be heard," he said.

His peers may gasp in disbelief, but Som, 58, is in a good position to compare. In 1983 he worked, albeit briefly, in the private sector in such proprietor-run companies as India Foils and media group ABP Ltd. But Som considers himself a public sector man, having spent the bulk of a 36-year career in 10 state-run organisations - from Kolkata Port Trust to Unit Trust of India and State Trading Corporation.

His rosy opinion of public sector autonomy may, of course, be partly driven by the fact that NMDC is one of the 18 central public sector companies designated a navratna, which means it is considered important and profitable enough to enjoy a degree of managerial independence. And it is probably no coincidence that it was Som who was instrumental in acquiring that status for the company he's headed since November 2007.

Today (Friday) will determine the success of NMDC's FPO. Whatever the outcome, it is no surprise that the government is banking on Som's NMDC to meet a major part of its disinvestment target for the current year. The government hopes to raise about Rs 11,000 crore from the FPO which is expected to reduce its shareholding from 98.3 per cent to 90 per cent.

No doubt, NMC's monopoly as India's largest iron ore producer and surging prices in that year - the last before the global slowdown hit - would have helped Som turn in such a spectacular performance. He was also helped by the fact that he took over a company that was riding the boom in demand. In 2007-08 on sales of Rs 5,711 crore, NMDC made a net profit of Rs 3,250 crore.

It is not, however, NMDC's success that will go down as Som's biggest achievement, but another state-owned metals company that will shortly be coming to the markets: Hindustan Copper. When Som took charge of Hindustan Copper on November 29, 2003 as acting chairman and managing director, the copper major had incurred losses for 90 consecutive months.

Hindustan Copper's financial performance did not require a magic wand; it was achieved through a combination of prudent economics and man management, skill sets Som attributes to his education.

He was a student of economics at Calcutta University under Asim Dasgupta, currently West Bengal's finance minister, and noted economist Amlan Datta and, later, did a course in personnel management from the National Institute of Personnel Management.

If sound economics laid the foundation for Hindustan Copper's turnaround, it's the employees and their attitude that made it happen. In Hindustan Copper, Som reopened mines, reduced dependence on imports and chalked out aggressive marketing strategies.

His critics would say rising copper prices helped, which is true, but in a company in as deep a crisis as Hindustan Copper that's just half the story. In contrast to state-owned Air India, where the management is facing fierce union opposition to attempts to cut a bloated wage bill, Hindustan Copper employees were ready to forego salaries, though things didn't come to such a pass.

Earthy and garrulous, Som likes to leverage his man-management skills externally as well. They played a key role in acquiring land for a 3 million-tonne steel project in Chhattisgarh even as private peers are still struggling. He did this by attending, in person, the public meeting that was called to discuss such troublesome issues as compensation, the single major reason most projects in the state are stuck. It took just a day's gram sabha meeting to swing the deal in his favour, that too in the Naxalite corridor.

There's a practical element to his style of operations. All too aware of delays in mine allocation, NMDC has offered to undertake the exploration in Jharkhand and Andhra Pradesh at the company's cost. On the assumption that nothing comes free and the company could at least hope to bag a few mining licences in return.

Som now wants to take NMDC to the next level with a forward integration plan because he thinks NMDC's future does not lie only in a commodity like iron ore. He sees value-added forward linkages towards steel-making and a diversified mineral base in coal and fertiliser minerals as the foundations of a secure future. To that end, he's busy scripting new acquisitions for NMDC in Brazil, Africa and Australia. His achievements here will truly test his mettle as the head of a metals major.

NMDC FPO gets poor response on day one

NMDC issue gets over pricing blues