Does IPO grading bring value to your investments?

The recent rally in the Indian stock markets has impelled India Inc to go on a fund raising spree and of late there have been a flurry of initial public offerings from many companies. 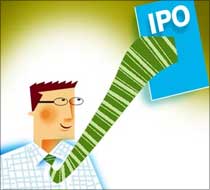 Whether or not these IPO subscriptions meet the hype is not conclusive, yet it is an undeniable fact that IPOs have been the preferred route for companies to raise funds.

So what is this IPO all about? Is it graded and if so how and what do these grading indicate? Do IPO grades bring value to your investments? Let us find out.

For the uninitiated, a company can raise issue for its operations from the general public through issuing equity or debt. And when a company decides to sell equity for the first time ever, it is called an IPO or initial public offering.

What is IPO grading?

The Securities and Exchange Board of India made it mandatory to grade all IPOs starting May 1, 2007. And since then many credit rating agencies registered with Sebi such as ICRA, CARE, Crisil and Fitch have been grading the IPOs of companies in a bid to give the investors some protection.

The IPO ratings are a reflection of many factors of the IPO and the company issuing it, basically a relative assessment of the 'fundamentals' of the company. Sebi, as such has no role in IPO grading and these are intended to be an independent and unbiased opinion of the concerned credit agency.

IPO grading is the grade given to the IPOs of equity shares or any other security. Usually, the grading is done on a five-point scale. It is considered that the higher the scale, the stronger are the fundamentals of the particular IPO in question.

According to SEBI, the IPO grading is an attempt to provide additional information to the investor to help assess the value of the equity issues. However, IPO grading neither includes the pricing of the security in the offering nor predicts the subsequent gains or losses the IPO would make in the future.

A company may opt for two or more credit ratings from different credit rating agencies registered with the Sebi. However, Sebi has made it mandatory to publish all such credit ratings in the prospectus.

Many factors are considered while rating an IPO of an issuing company. First, the IPO grading process considers the industry in which the issuing company operates, analyses the strengths of the company in addressing the inherent risks in the industry, how it is placed to make use of the available opportunities and importantly the financial position of the company.

Different credit agencies adopt different factors while grading an IPO. However, there are some common areas that are looked into while grading an IPO. These include, apart from the above mentioned points, the quality of the company's management, its corporate practices, its legal compliance status and litigation history, and the new projects of the company, the risks and opportunities involved.

IPO grading does not take into consideration the issue price of the security.

What do ratings indicate?

There is a mixed response to the question of how far the ratings could help a retail investor in making an informed decision about subscribing to an IPO. Globally, there are no ratings of equity instruments as it is not considered a good idea for there is a joint ownership and an accepted trend of sharing the losses and gains.

There is more logic in the case of grading a debt instrument as the grading would reflect the company's ability to repay the principle and the interest. Further, IPO grading does not include the all important pricing of the shares during the process.

Some experts feel that just taking into consideration the fundamentals, corporate governance and risks and opportunities in the IPO grading neither means safety of investment nor appreciation of capital. There is also a feeling that the IPO grading is just a subjective grade which shouldn't be the case. They opine that there should also be a brief summary of the offer documents.

On its part, the Sebi has time and again reiterated that ratings are only for supplementary information and a higher grade does not necessarily mean that it is a recommendation for subscription. IPO grading does not include pricing or the subsequent gains or losses that the IPO would make in the future.

An IPO grading along with the disclosure agreement in the prospectus, the risk factors and the pricing of the IPO should be equally considered before arriving at a decision for subscription.

IPO fundamentals are graded on a five point scale starting from grade 5 down to grade 1. An IPO with grade 5 indicates strong fundamentals and if it is grade 1 it indicates poor fundamentals. Grades 4, 3 and 2 mean above average, average and below-average fundamentals respectively.

The grading as such is valid for 6 months from the date of issuance and the credit agency can change the grading even after assigning it if it feels it is necessary.

Going by market history a higher grading for an IPO necessarily does not mean higher returns or insuring the investor from making huge losses on capital. Consider this: a recent analysis done by SMC Capitals Limited reveals that in 2008-09, out of the 60 IPOs graded by credit rating agencies 23 IPOs got an average grade of 3, which means IPOs with average fundamentals.

However, only one issue in this basket got a profit even while the rest gave the investors a loss of 57 per cent in aggregate value, which translates into a loss of $777.14 million from a total investment of $1,364.94 million.

Going by these trends the IPO grading seems to have little impact on the way the markets treat them.

How does it help investors?

As said the IPO grading is only supplement information on the fundamentals of the IPOs being issued to the general public. In the case of debt the IPO grading makes more sense as it reflects the company's ability to repay the principle and the interest.

In the case of equity instruments a retail investor could also use the IPO grading only as supplement information and before making any informed and objective decision he should take into consideration all other facts and figures as said in the prospectus including risk factors and opportunities and the pricing.

BankBazaar.com is an online marketplace where you can instantly get loan rate quotes, compare and apply online for your personal loan, home loan and credit card needs from India's leading banks and NBFCs.
Copyright 2021 www.BankBazaar.com. All rights reserved.
Related News: IPO, Sebi, Securities and Exchange Board of India, SMC Capitals Limited, ICRA
SHARE THIS STORY
Print this article