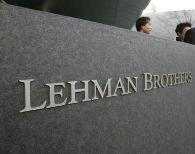 Perhaps these new revelations about E&Y and Lehman will inspire the govt to reopen the subject for more radical change, says Jamal Mecklai.

In a hard-hitting article, Bloomberg columnist Jonathan Weil has detailed some of the more egregious "lapses" by Lehman's auditors, E&Y, which were uncovered by the examiner investigating the investment bank's collapse.

He enumerates some of the audit firm's other failures and fines and ends the article with a shocking comment: "With that kind of track record, it's a wonder anyone would accept anything this firm says at face value again."

Given that audit firms live and die by what they say, this is as deep a wound as anyone could imagine. It brings back Arthur Andersen and Enron and, indeed, the failure of regulators at the time (and since) to effectively address the obvious conflict of interest issue in the audit business model.

Permitting audit companies (or, anyone for that matter) to police themselves is a recipe for crisis, even assuming best intentions and spotless integrity.

At the time (January 2002), I had written an article, part of which is excerpted below

"It's so obvious it's amazing that it needs to be said. Everybody should pay his/her own costs investors should pay for information if they need it (to, say, take decisions on what to buy (or sell) and at what price). And they should, of course, be free to choose which sources of information they are comfortable with.

...So where will investors get their information? And, if they cannot find adequate comfort, will they not invest? Will risk capital dry up? Will the exchanges have to close? What will happen to financial markets?

Tough questions. But - and I'm sure that all the ex-employees of Enron (Lehman) would agree - ones that should have been asked some years ago.

One possible solution would be for the securities exchanges to pay for the audits of companies who's securities they list and  recover these costs through a fee charged on, say, all buy side transactions Perhaps a bit complex to implement, but contemporary transaction technology will probably have the issue solved even as we think of it. While this may not be the optimal solution, it at least has the advantage that value is paid for by the value buyer."

The issue remained live for a few years with other companies' audits turning sour. Lots of ideas were tossed around, including, no doubt, some version of the one I had mentioned. Indeed, I remember that around 2004, I met Jim Turley, then the global head of - guess who? - E&Y, when he was visiting India who, at least in a short conference-edge chat, seemed to think the idea did have some merit.

In the event, however, US regulators, unable to come up with a better-structured solution, and, no doubt, influenced by the audit companies themselves, came up with a "tighter self-regulatory" process.

In assessing alternative business models, I was delighted to see that, in addition to issuer pays (current) and regulator (or the government) pays, the committee included the exchange pays model that I have outlined above and that I had discussed a couple of years ago with Dr Krishnan, who was the head of the committee.

While the report was quite exhaustive, there were, in my opinion, a few lacunae. First off, it did not address the sustained high profit margins enjoyed by CRA's, both globally and domestically.

This suggests that barriers to entry are too high and/or the fact that CRA's high margins are related to near-zero marketing costs since regulations often require credit ratings for capital adequacy calculations etc. This would argue in favor of the regulator pays model, contrary as it "feels" to the still free marketer in me.

Another argument that was apparently accepted by the committee was that the existing model (issuer pays) resulted in lower rating costs. To my mind, the goal of regulation should not be about lowering cost but about ensuring that costs are correct and are borne by the right parties.

And while I was pleased that the exchange pays model was discussed, I was disappointed that the committee appeared to address this only cursorily.

Perhaps these new - if unsurprising - revelations about E&Y and Lehman will inspire the government to reopen the subject for more radical change.

Can India be a great power in the post-Lehman era?

Finance ministry: Return of the Gladstonians