Finance ministry: Return of the Gladstonians

Once upon a time, long, long ago, there was a finance ministry that liked to keep its Budgets balanced. Balanced Budgets and low inflation were virtues that prudent civil servants held high. They were the children of, what economists Vijay Joshi and IMD Little famously dubbed, Gladstonian fiscal conservatism. * 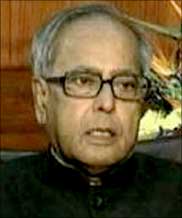 Into that idyllic world, entered the serpent of Keynesian spending that then morphed into the ogre of populist spending. The currency got debased, deficits went up, and so did prices and people lived in fear of stagflation. Into that big bad world of fiscal populism stepped in the sons of Gladstonian liberalism and they valiantly fought the deficits till they went down.

From the high of 9.0 per cent of GDP in 1986-87 (remember those days?!), the fiscal deficit of the Central government went down to 5.4 per cent of GDP in 1995-96, and further down to 4.1 per cent in 1996-97. Everyone thought the ogre and his sons were finally defeated and they could live happily ever after, till they found that what can go down can also go up!

For most of the last decade, no brave heart in the Union finance ministry was a match for the fiscal profligates. The prime minister would keep reminding his spendthrift colleagues that "money does not grow on trees", but the apple on that fiscal tree had been bitten, and the sinners multiplied.

The deficit numbers looked manageable, though, but thanks only to five years of 9.0 per cent GDP growth. Then came the income downturn and the deficit ogre raised its head again. It took another hero, called Pranab Mukherjee, and his dedicated band of neo-Gladstonians full eight months to win the battle this time. Finally, on the Budget day, they won! At least everyone hoped so.

But the battle was, of course, only half won. The ogre called fiscal deficit has a big brother called revenue deficit and he lurks around still, as menacingly as ever. No wonder Mr Mukherjee's speech-writer carefully avoided any mention of that R word in the Budget speech! For the first time ever, the finance minister read his Budget speech in Parliament with no mention at all of what his revenue deficit number would be!

The reason for his coyness was, of course, that he cannot make the kind of claim on the revenue deficit front that he can on the fiscal deficit one. Last year, the finance minister budgeted for a fiscal deficit of 6.8 per cent and delivered 6.7 per cent (or 6.9 as he has himself owned up).

But, in the same year, he had budgeted for a revenue deficit of 4.8 per cent of GDP and delivered one at 5.3 per cent of GDP. This year, he is able to promise only a 4.0 per cent ratio. This is far from the impressively low 1.1 per cent that Mr Mukherjee delivered in his first avatar as finance minister in the entire Sixth Plan period (1980-85). And, given his phenomenal memory, he would remember.

But there is no need to be churlish. One must give credit where it is due. Just as the Reserve Bank of India adhered to its dharma of fighting inflation with its monetary policy weaponry, the finance ministry too has kept its dharma   on the fiscal policy side by strongly signalling its intention to rein in the twin deficits. The Thirteenth Finance Commission has also affirmed its loyalty to Gladstonian principles by not only demanding lower deficits but also seeking a lower internal public debt to GDP ratio, with a ceiling set at 68 per cent.

All this augurs well for the reputation of India's macroeconomic management. Till not so long ago, commentators around the world were disparaging and despairing of India's monetary and fiscal policy management. The monetary policy critics were forced to shut up after the trans-Atlantic financial and banking crisis showed the Indian central bank in new light. The fiscal policy critics will now have to shut up too. Unless, of course, Mr Mukherjee fails to deliver on all his promises on the expenditure side, and his assumptions on the revenue side fail him.

As analysts have already pointed out, Mr Mukherjee's fiscal strategy is based on heroic assumptions about revenue mobilisation and expenditure restraint. An early indication of the government's intent and capability will be provided by its response to the demands for a petrol and urea price hike rollback.

These decisions were taken after due deliberation within the government. There is no reason why they should be rolled back merely because a wayward Opposition has found a new platform for, what the communists used to call, "all-in-one unity".

It has been a long time since the communists were willing to fit into the same television frame as the Bharatiya Janata Party. There was nothing "spontaneous" about a diehard communist like Gurudas Dasgupta holding the hand of a Sushma Swaraj.

The Left and the BJP have been in talks since the monsoon session of Parliament. They would have made Doha Round negotiations a platform for unity if that Round had reached a decisive stage. They then decided to make climate change negotiations the basis for "all-in-one" unity, and got upstaged by Prime Minister Manmohan Singh's smart move to hold Chinese Premier Wen Jia Bao's hand and work with the developing country bloc rather than appease the United States.

In price rise the divided Opposition has found a common cause. For this very reason, the Congress Party has no option  but to stand its ground and establish its credibility as the party of government for the next four years. That is what Mr Mukherjee's Budget tries to do.