News
Business
Movies
Sports
Cricket
Get Ahead
Money Tips
Shopping
Sign in  |  Create a Rediffmail account
Rediff.com  » Business » What's wrong with economics and how to fix it

What's wrong with economics and how to fix it 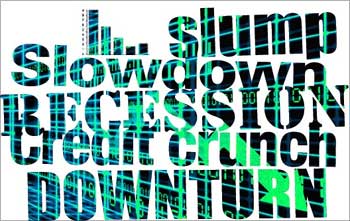 There was a time when a few radicals within the discipline of economics called it a 'dismal science'. Outsiders have even been known to describe economics as a form of 'brain damage'.

But now, some of the world's most reputed and powerful economists have come together to figure out what's wrong with economics and how to fix it.

King's College, Cambridge (UK), recently played host to a congregation at which two hundred economists, academics and global thought leaders took stock of the future of economic theory. They were brought together by The Institute for New Economic Thinking (INET), New York, which was set up in October 2009 with a hefty grant from the legendary investor and philanthropist George Soros.

At the heart of this unrest is a basic question: if economic theory is supposed to have acquired sophisticated skills, how come it could not predict the meltdown of 2008 and why does it now have so few answers for deep problems that afflict the global economy.

On the radical fringes this question has earlier been answered rather brutally -- by diagnosing classical economics to be a form of autism.

Back in 2000 economics students at the Sorbonne in Paris issued a rallying call for a 'post-autistic economics'. What we are being taught, said the students, is out of synch with reality. Economics is cognitively impaired. Over the last decade this rebellion spread to top universities across the world and now operates as a web-based forum called the Post-Autisitc Economics Network. [paecon.net]

Since the late 1980s the New Economics Foundation in London has done pioneering work -- creating practical tools that connect community, ecology and markets in ways that classical economics never could. [neweconomics.org]

In India, the Centre for Education and Documentation, a non-profit organisation that has offices in Mumbai and Bangalore, has produced a steady stream of literature on the advances in new economic thinking. But such work has tended to remain on the fringes -- rarely taken seriously by those who operate at the heart of global markets and academia. [doccentre.org]

This is why the recent Cambridge conference makes history. Economists who tended to stay away from such radical edge forums have arrived at a consensus that the economic paradigm must change. They now concede that the study of economics, particularly in graduate studies, has been manipulated by the marketplace.

Using mathematics as the dominating language of economics, rather than as an illuminating tool, has led economics further and further away from the real world.

Perhaps the most crucial example of this is the efficient-market hypothesis which -- wrongly -- assumes that asset prices reflect all available information, markets are driven by rational choices and tend towards equilibrium.

Fifteen years ago when George Soros challenged these assumptions and riled against 'market fundamentalism', he was dismissed both by his peers on Wall Street and in the corridors of academia.

Now Soros, in collaboration with economists Robert Johnson, Joseph Stiglitz, John Kay, Paul Romer, Jeffrey Sachs and others, aims to turn the tables on the orthodoxy.

Newsweek magazine described the conference at Cambridge as an opening shot in what will inevitably be a bitter and long-drawn war. Stiglitz, who won the Nobel Prize for Economics in 2001, was quoted as saying that the conference was intended to 'energize the troops'.

Naturally, the orthodoxy will strike back. In the United States, the old order is deeply entrenched both on Wall Street and in the corridors of power in Washington DC. Enough people in power still treat the defunct rational-market models as a sacred and universal truth.

Any expectations of seeing some serious rethinking in Washington, of the kind that happened in the wake of the Great Depression, have so far been belied. So how can an initiative like INET make a dent in this reality?

One big reason for hope is that regardless of the climate in Washington the unrest is global and it is deeper than is apparent from the surface. For example, a decade ago The Economist magazine may have dismissed a gathering of this kind. But it chose to describe the Cambridge conference as 'a coming-out party for misfits, mavericks and pioneers, as well as open-minded members of the mainstream'.

This is partly because the dialogue at Cambridge included key figures such as Dominique Strauss-Kahn, managing director of the International Monetary Fund; Lord Adair Turner, chairman of UK's Financial Services Authority; and Simon Johnson, professor at MIT and former chief economist of the IMF.

A dramatic shift in economic thinking is unlikely. But the INET seems to have assembled enough firepower to play a significant role in at least highlighting, if not rectifying, the serious inadequacies of the prevailing economic system.

The institute's declared purpose is to support the emergence of new paradigms in the understanding of economic processes. One part of its effort will be to empower the next generation of economists to challenge outdated approaches with innovative and ethical economic strategy.

This means changing the incentives that govern the profession. At present successful academics are those who get papers published in a handful of prestigious journals -- which tend to have little room for the kind of questioning that the INET seeks to nurture.

As its website says: "At a time when much of the contemporary discourse appears closed and polarized the institute seeks to expand conversations in ways that draw in a wider range of people -- with particular emphasis on absorbing insights from other intellectual disciplines, both in the natural and social sciences." [ineteconomics.org]

It is vital that Indian policy makers, business people and activists plug into these expanding conversations -- not merely to enhance our understanding of the turmoil but to contribute insights that we have gained from grappling with the complexities of society and economy in India.