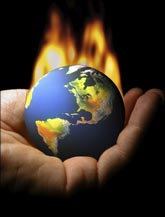 Indian environment secretary Vijai Sharma confirmed on Monday that negotiators had resumed Kyoto Protocol discussions and co-chairs from Germany and Indonesia had been appointed to head the process.

"India has also indicated very clear that both tracks should proceed with equal speed so that the outcome is balanced," Sharma said.

"We are hoping at this point of time because all the delegates are working hard and there is still some time left before the high level segment convenes and hopefully there should be good results on both the tracks," he said, adding that "the expectations from this conference are quite high".

The overall climate negotiations are moving under two tracks--the first track is LCA under Bali Action Plan that requires parties to produce a legally binding treaty before the first commitment period of the Kyoto Protocol ends in 2012.

The second track is the extension of the Kyoto Protocol into the second commitment period from 2013 to 2018 where developed countries listed under Annex B will have to take binding cuts.

The United States, however, is not a party to the Protocol.

The BASIC countries and Africa want the developed countries to make mitigation pledges under the second commitment period from 2013-2018 but the European Union, Australia, Japan, Alliance of Small Island States (AOSIS) want a document broader than the existing Protocol that puts obligations on the United States and on emerging economies.

Indian Environment Minister Jairam Ramesh made it clear that the goal now is to produce two texts under the LCA and KP tracks by Wednesday or Thursday morning.

The minister highlighted that the COP 15 president, Connie Hedegaard, had stressed that these two texts would be presented to heads of state when they arrive on Dec 17-18, and also mentioned that Hedegaard had said that a document with minimal "brackets" (alternatives within the text) could also be adopted.

"That is our expectation," he said.

"We have made clear that heads of state should not negotiate drafts or texts," the minister said that they had received reassurances from the president of COP 15, Denmark, Britain, the Unite States, Brazil and China but that Australia might still try to initiate negotiations between the world leaders. It is also expected that there they will be some kind of Copenhagen Declaration prepared by the Danish government.

"We hope that will be the result of a transparent consultative process and that it would not be sprung on us out of the blue," Ramesh said.

However, there is lack of clarity on this point as Hedegaard told BASIC ministers and the G77 chairs that that there will be no Copenhagen declaration or political statement.

"There is still no clarity," the minister said. Noting that there was a great deal of confusion on the several aspects of the negotiations, he added, "It is not clear how the US will reflect its commitments given the uncertainty on their legislation".

Meanwhile, Ramesh reiterated that the integrated Africa-BASIC (ABASIC) draft was ready in the wings and warned that if any of the other groups sprang a surprise draft like the Danish text then the G77 countries would put out this text.

"We are holding it...if there is 'ADANISH' we will produce ABASIC," he said.