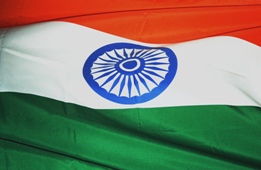 India Inc is likely to witness a 22.8 per cent growth in the Profit-After-Tax) margins in the current fiscal, an economic think-tank said in its report.

"Corporate sales growth will average at a meagre 4.1 per cent in 2009-10. At the same time, PAT will rise by a robust 22.8 per cent," the centre for monitoring Indian economy said in its latest report.

The manufacturing sector (excluding petroleum sector) would report a 24.3 per cent PAT growth mainly on account of low raw material prices and soft interest rates, CMIE said, adding PAT of the financial and non-financial services would rise by 32.2 per cent and 20.4 per cent, respectively.

According to the report, corporate India took a hit on its sales due to the fall in commodity prices, drying up of export demand and postponement of purchases by the domestic consumer following the global liquidity crisis.

"We estimate corporate profits to have grown by 44 per cent in Q2 FY 10 due to the handsome PAT likely to have been made by the petroleum products sector as against the losses incurred in the year-ago quarter," it said.

Sales, however, is estimated to have fallen by 5.3 per cent, it said.

The report said that non-financial services chose to keep their employees cost and other expenses on a tight leash and enjoyed the benefit of the fall in interest rates.

Source: PTI© Copyright 2021 PTI. All rights reserved. Republication or redistribution of PTI content, including by framing or similar means, is expressly prohibited without the prior written consent.
Related News: CMIE, PAT, India Inc
Print this article