News
Business
Movies
Sports
Cricket
Get Ahead
Money Tips
Shopping
Sign in  |  Create a Rediffmail account
Rediff.com  » Business » Why this is a 'good-average' Budget

Why this is a 'good-average' Budget 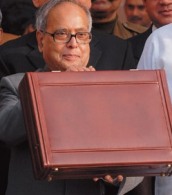 The expenditure cuts are one-off, too much has been given away in tax cuts and there are few green shoots of reform, says Shankar Acharya.

Nearly a fortnight has passed since the presentation of the Budget. There has been plenty of intelligent commentary...and some not so intelligent.

It's hard to find something new and worthwhile to say. Indeed, the only justification for this column is the hope (delusion?) that there may be a few loyal readers out there with an interest in my views on the subject. So, here goes. I shall be selective.

On television, on Budget day, I rated this Budget "good-average", that is, clearly neither "bad" nor "excellent" in the four-step assessment grid allowed by the anchor. Let's begin with the good.

This target has the dual virtue of signalling a modest but significant (and timely) exit from the hugely expansionary deficits of the previous two years, as well as heightening his credibility by exactly matching the commitment he gave in the July 2009 Budget.

He also committed his government to fiscal deficit ratios of 4.8 per cent and 4.1 per cent for the next two years, marginally improving on the consolidation path recommended in the recently published Thirteenth Finance Commission (TFC) report.

However, the finance minister's medium-term revenue deficit commitments were significantly weaker than those recommended by the TFC.

He promised a status paper giving a detailed analysis and a road map, but (and this is interesting) without unambiguously accepting the TFC goal of 68 per cent by 2014-15. On recourse to oil and fertiliser bonds, he was more forthright in eschewing such practices and giving a clear and welcome commitment in favour of fiscal transparency on subsidy accounting

Together, these five items add up to Rs 95,000 crore (Rs 950 billion), or all of the 1.4 per cent of fiscal deficit ratio improvement claimed by the Budget speech!

The problem is that all (except, arguably, the disinvestment increase) are one-off items. They do not establish a basis for future fiscal consolidation. Where is that to come from?

Since the easy gains from expenditure "reduction" are behind us, it surely has to come from revenue growth. But the kind of strong revenue growth achieved in 2003-08 seems unlikely to be replicable, unless the induction of the postponed GST and Direct Taxes Code in April 2011 can work miracles.

In fact, the latter could worsen the fiscal situation, since the current Budget's generous (profligate?) move in the direction of the personal income tax structure recommended by the Code is estimated to cost the exchequer about Rs 25,000 crore in 2010-11.

Indeed, the sharp reduction in effective income tax rates announced in this Budget (via big increases in tax brackets) could seriously hobble growth of income tax revenues in future as well and render the task of fiscal consolidation even more difficult.

Were they really necessary? If some sops were required for getting the middle class and the media behind the Budget, could that not have been achieved through shallower cuts in effective income tax rates?

Such doubts about the sustainability of targeted fiscal consolidation may have begun to worry the bond market, which saw the 10-year benchmark interest rate cross 8 per cent three days ago.

On a recent visit to Mumbai, the finance minister reiterated his Budget reassurance that the government's borrowing requirements (Rs 345,000 crore net and Rs 457,000 crore gross) would not crowd out private investment.

But what people forget is that the huge borrowing this year has been managed skillfully by RBI in the context of a massive expansion of liquidity, significant open market purchases of government bonds and the synchronised unwinding of the Market Stabilisation Scheme (MSS) accounts.

None of these three mitigating factors will operate significantly in 2010-11. RBI will (rightly) continue its recently begun exit from a seriously expansionary policy and MSS reversal will provide little comfort. Moreover, commercial banks are already holding nearly 30 per cent of their assets in the form of government bonds and may have little appetite for more such assets, which are exposed to capital losses from higher interest rates.

So, ministerial assurances notwithstanding, medium- and long-term interest rates are likely to be driven north by the second largest borrowing programme in India's history, to the detriment of investment and growth.

As in Mr Mukherjee's July 2009 Budget, there aren't too many green shoots of reform peeping through. A promising exception is the proposal to begin competitive bidding for allocating coal blocks for captive mines.

A more threatening one is the plan to set up "an apex-level Financial Stability and Development Council (FSDC)" to "monitor macro prudential supervision of the economy, including the functioning of large financial conglomerates, and addressing inter-regulatory coordination issues".

If this FSDC is chaired by the RBI governor, it may be a good way of formalising the existing High Level Coordinating Committee and mandating it to focus on these issues. If it is headed by the finance minister, it would be a manifestly bad idea, as this newspaper has already observed editorially.

It would be particularly odd to do such undermining after a global financial crisis in which the RBI's performance has been widely applauded in India and abroad.

Second, it could inject a far higher degree of political and administrative control into an arena where professional autonomy should be nurtured.

Having interacted closely (from the finance ministry) for 15 years with RBI and Sebi (the last four as the ministry's nominated board member), I have no doubt that the present legal structure and operating convention allows far greater autonomy (from government) to RBI than to Sebi. Little good could come from reducing such autonomy.

The author is Honorary Professor at ICRIER and former Chief Economic Adviser to the Government of India.